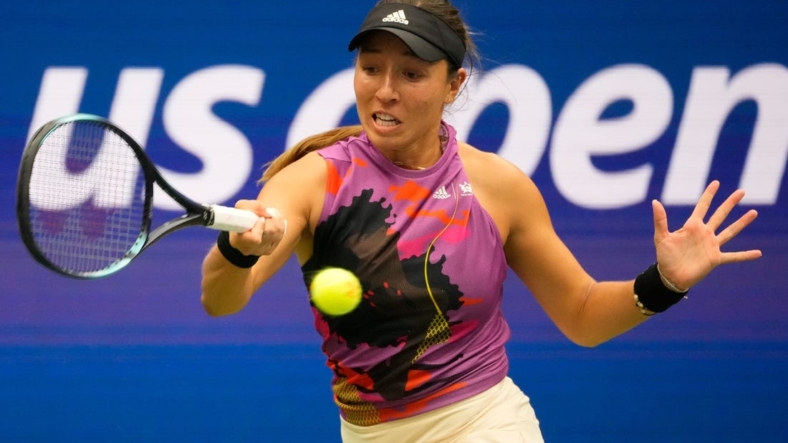 Eighth-seeded American Jessica Pegula reached her third Grand Slam quarterfinal of the year on Monday by rolling to a 6-3, 6-2 victory over 21st-seeded Petra Kvitova in the round of 16 at the U.S. Open in New York.

“I knew Petra was going to be really tough because she can hit winners from every end of the court,” Pegula said. “But I handled myself well.”

Pegula will face top-seeded Iga Swiatek in the quarterfinals. Swiatek recovered from a shaky start to post a 2-6, 6-4, 6-0 win over Germany’s Jule Niemeier.

Swiatek defeated Pegula in the French Open quarterfinals en route to earning the title at Roland Garros. Pegula also reached the quarterfinals at the Australian Open.

Pegula had just seven winners during the victory over two-time Grand Slam champ Kvitova, who had 18. Pegula, though, converted six of seven break points.

Swiatek wasn’t sharp early in her match as she was outplayed by Niemeier in the opening set, but she turned her play up a notch early in the second set and played was dominant in the third to reach the U.S. Open quarterfinals for the first time.

“Honestly, I’m just proud I didn’t lose hope,” Swiatek said. “She was playing good the first set. I had a hard time. In the second set, I just tried to focus on the small things.”

Swiatek committed just one unforced error in the final set while Niemeier had 14. Miscues hurt Neimeier’s upset bid throughout the match. She finished with 42 unforced errors and 13 double faults.

Niemeier had more winners (24-19) than Swiatek, who committed 31 unforced errors.

This is also Swiatek’s third Grand Slam quarterfinal of the year. She advanced to the semifinals in the Australian Open, where she eventually lost in straight sets to American Danielle Collins.

Meanwhile, the 19th-seeded Collins will be looking to reach the U.S. Open quarters for the first time when she faces sixth-seeded Aryna Sabalenka of Belarus on Monday night. Also playing for a quarterfinal spot are 22nd-seeded Czech Karolina Pliskova and 26th-seeded Victoria Azarenka of Belarus.