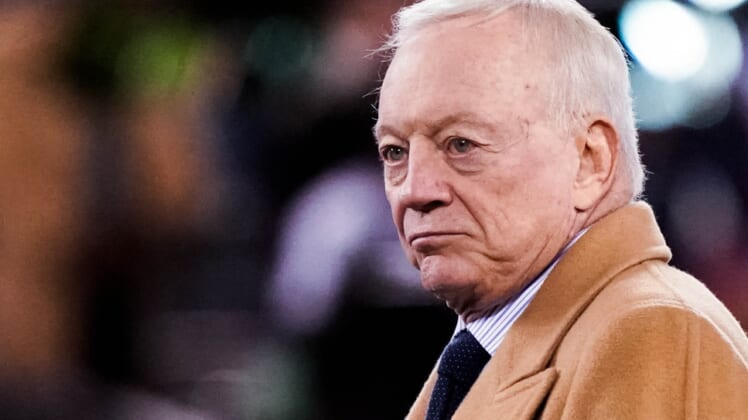 Dallas Cowboys owner Jerry Jones is feeling the pressure. Coming off the Cowboys’ third consecutive loss, with the past two coming on national television, Jones erupted into am expletive-filled tirade on 105.3 The Fan on Friday morning.

In his weekly interview with the Dallas’ sports station, Jones’ frustrations erupted on the radio hosts. When asked if he felt embarrassed by the team’s recent performances, the Cowboys’ owner immediately went after the hosts.

It didn’t end there for Jones. When the radio show hosts persisted in getting answers to the team’s recent collapse, including a humiliating effort against the Chicago Bears, Jones questioned the hosts’ knowledge and blamed some of the issues on the team paying its top players.

He clearly kept taking exceptions to the questions from the hosts, blasting them for what they were asking and defending his position.

Jones’ rage led to him unleashing numerous expletives, ultimately forcing the station to cut off the interview after it ran out of dump time following all of his cursing.

Jones did show support for one person, head coach Jason Garrett, expressing why he wouldn’t fire him midseason despite the team’s struggles.

He ultimately ended the interview laughing when the host suggested he go fix things before finishing with a remark about solving the country’s problems.

Needless to say, Jones is feeling the heat from the fan base with the Cowboys’ promising start now spiraling out of control. Troy Aikman’s belief that Jones is to blame for this team’s issues might be right.