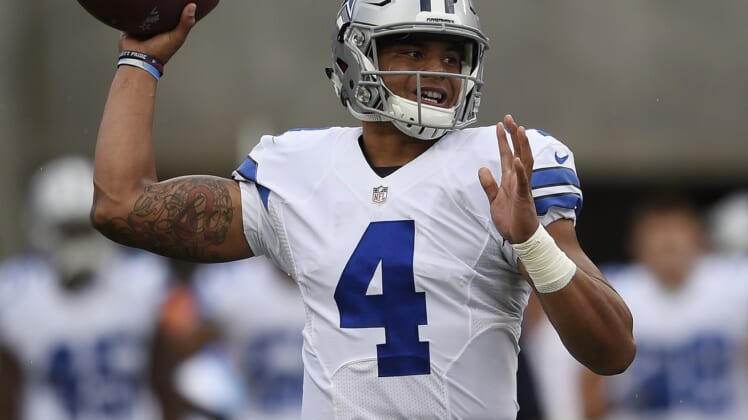 The Dallas Cowboys have been hinting that Dak Prescott would remain the starting quarterback when Tony Romo was healthy for months now. After Prescott helped lead the Cowboys to their eighth straight win Sunday against the Pittsburgh Steelers, owner Jerry Jones confirmed it as fact.

Cowboys owner Jerry Jones: "We're going to let this decision in this case make itself. Dak's got a hot hand and we're going to go with it."

Prescott has passed for 2,339 yards with 14 touchdowns and just two interceptions this year, leading the Cowboys to an 8-1 record to start the season. He’s broken numerous records along the way.

He’s won running away with the lead and he’s won coming from behind, just like he did Sunday at Heinz Field against the Steelers.

Prescott was not always sharp in Week 10 but did finish with 319 yards, three touchdowns and no interceptions. Fellow rookie Ezekiel Elliott has been at least as impressive, and it’s easy to see how the Cowboys are thrilled about the future and the present with these two making big plays.

Tony Romo has been cleared for action. He could play next weekend. But the Cowboys would be crazy to remove Prescott from the starting position right now. And they clearly know this.