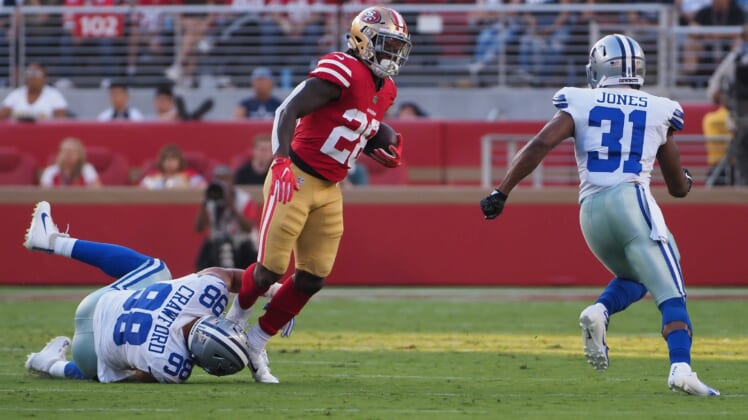 He missed all of last year with an ACL tear, and now he’s expected to open the season on Injured Reserve after another setback to his surgically repaired knee.

As Rapoport noted, it is not clear if McKinnon will be out for the year or if he may end up returning at some point.

It is fair to wonder if the 49ers will see this running back on the field at all. Though his contract made him a top-four player at his position last spring, he could be let go next year at a cost of $4 million in dead cap.

Before being injured last summer, McKinnon was a star reserve for the Minnesota Vikings, totaling for 2,902 yards with 12 touchdowns in four seasons.