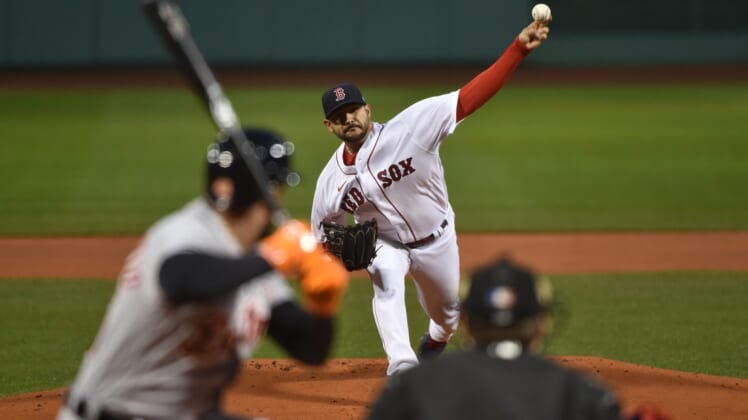 Jeimer Candelario hit a three-run homer in the 10th inning and the visiting Detroit Tigers snapped a six-game losing streak by holding off the Boston Red Sox 6-5 on Wednesday.

Michael Fulmer, who started Tuesday’s opener, staved off the Red Sox’s final rally by getting the last two outs for his first career save. Gregory Soto (2-1) was credited with the win.

Robbie Grossman started the 10th on second base and moved to third on Jonathan Schoop’s bloop single. Candelario then drilled a sinker from Garrett Whitlock (0-1) over the right-field fence for his third homer this season.

Marwin Gonzalez and Hunter Renfroe drove in runs in the bottom of the 10th but the Sox failed to push across the tying run.

After the Red Sox scored a run in the second without a hit, the Tigers tied the game in the fourth. Candelario led off with a single and advanced when Miguel Cabrera walked. Perez struck out the next two batters but Jones stroked a single to left. Left fielder Franchy Cordero booted the ball, allowing Candelario to score.

Jones put the Tigers on top in the sixth. Candelario led off with a single. One out later, Niko Goodrum ripped a single and made it to second on the throw to third trying to get Candelario, who was safe. Willi Castro lined out but Jones smacked a liner off the Green Monster, allowing both runners to score.

Boston tied at 3-3 in the seventh. Enrique Hernandez hit a one-out single off Daniel Norris. With two down, Bryan Garcia came in to face Martinez, but the move backfired as Martinez drilled an opposite-field shot.

Matt Barnes struck out the side in the top of the ninth. Boston loaded the bases with two out in the bottom of the inning but Xander Bogaerts lined out to left.