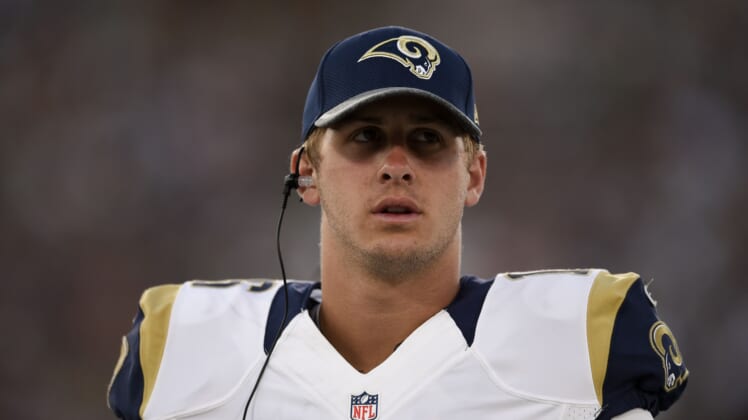 Los Angeles Rams fans might not want to hear this, but it’s looking more and more like Jared Goff will start the season on the bench.

Speaking with media on Wednesday, head coach Jeff Fisher said starting quarterback Case Keenum “is still clearly ahead” of Goff on the Rams depth chart, per Alden Gonzales of ESPN.

Fisher seems determined to bring Goff along slowly, which might not be a bad thing. The Rams have stated since the offseason that Keenum is No. 1 unless Goff makes it impossible to keep him off the field.

Interestingly, the Rams are still keeping the door open for the rookie out of Cal to force them to make that decision. He’s going to be given reps with the first-team offense this Saturday when they host the Kansas City Chiefs.

But to this point, Goff hasn’t done much to show he’s anywhere near ready to being a starter in the NFL. He’s struggled during practice and suffered through an agonizing couple of drives in the first preseason game.

A fighter who endured plenty of rough times in Berkley, Goff isn’t deterred by his early difficulties, however.

“I feel like every day I am more comfortable, more fluid, more in a rhythm; stuff becomes more natural every day. It’s been going well. I’m definitely excited to get back out there and get a chance to compete and show what I can do,” Goff said.

The Rams might not feature a flashy offense with Keenum, but at least he’s been here before. He’ll hold down the fort until Goff gets accustomed to the speed of the NFL game.