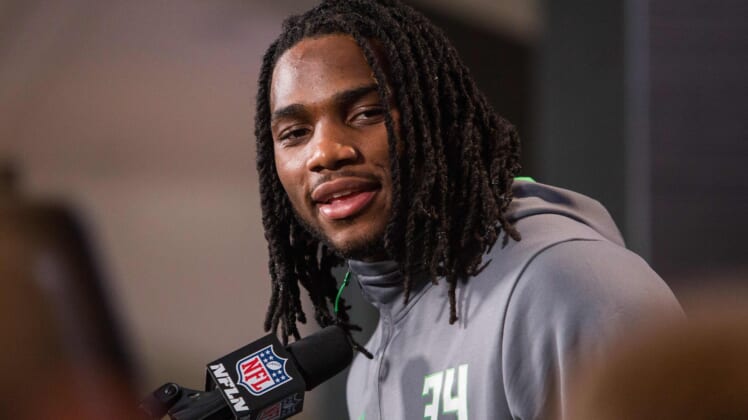 Dallas Cowboys linebacker Jaylon Smith was already a long shot to play in 2016, but based on the latest information it’s looking like a sure bet he will not.

Ed Werder of ESPN is reporting Smith’s injured nerve has shown “no significant improvement” and notes “playing in 2016 seems unlikely.”

Dallas took a risk drafting Smith at the top of the second round (No. 34 overall). Before the knee injury that knocked him out of the Fiesta Bowl against Ohio State, he was on top of many an NFL draft guru’s big board, so the risk could pay off in a major way if his nerve does heal properly.

That said, after his medical recheck, it became obvious that playing this season was probably out of the question. Worse yet, nobody really knows when (or if) Smith will be able to play again.

Back in April he was experiencing significant “foot drop,” which was seen during the medical recheck when he was “unable to raise his left foot or swing it out to the side because of an issue with his peroneal nerve,” as described by Tom Pelissero of USA Today Sports.

The fact that he has yet to experience any significant improvement isn’t encouraging, but it isn’t the end of the world for his NFL career. Yet.