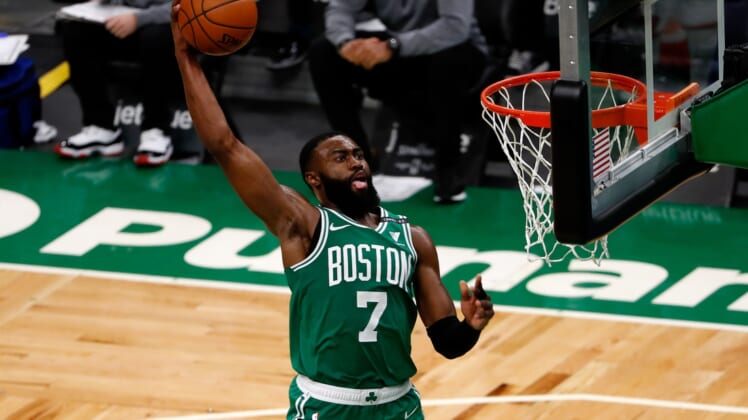 The Boston Celtics were without Jaylen Brown for their home game Thursday night against the Phoenix Suns.

Brown had been listed as doubtful with an injured shoulder before the Celtics ruled him out, along with Robert Williams and Evan Fournier, prior to the game.

Romeo Langford was in the starting lineup against the Suns, his second start of the season for Boston. Also starting on Thursday were Kemba Walker, Jayson Tatum, Tristan Thompson and Marcus Smart.