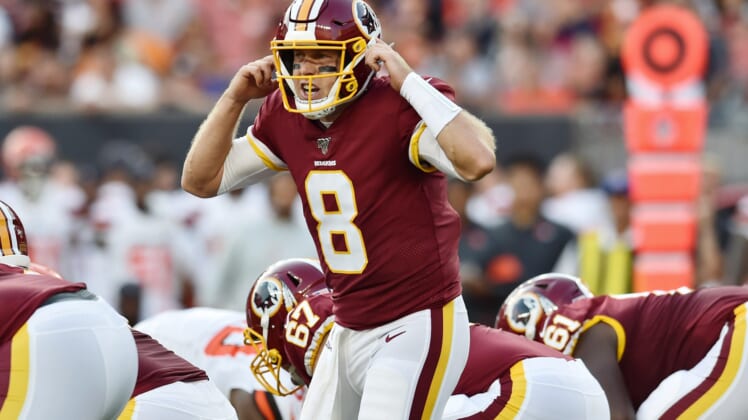 Case Keenum was awful on Monday night, and his five turnovers was a huge reason why the Washington Redskins fell to 0-3 on the season.

Even after his first mistake of the game, many fans were calling for Jay Gruden to bench Keenum in favor of first-round rookie Dwayne Haskins.

On Tuesday, Gruden appeared to throw cold water over that notion.

This isn’t a firm “no,” but it’s a pretty clear signal that Gruden is not inclined to bench Keenum for the rookie out of Ohio State.

For what it’s worth, Keenum has passed for 933 yards with seven touchdowns and three interceptions (including this ghastly pick-six). Washington is 0-3, and at this point it does not appear this team is any closer to turning things around than it was when the season began.