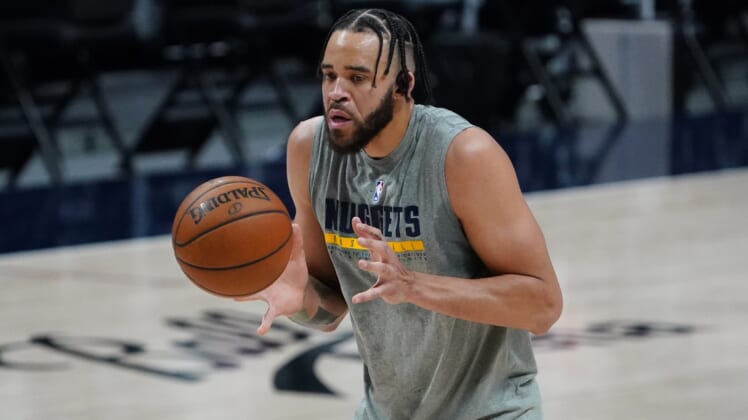 May 22, 2021; Denver, Colorado, USA; Denver Nuggets center JaVale McGee (34) before the start of game against the Portland Trail Blazers in the first round of the 2021 NBA Playoffs. at Ball Arena. Mandatory Credit: Ron Chenoy-USA TODAY Sports

Following the departures of Kevin Love and Bradley Beal, Team USA is naming center Javale McGee as one of its replacements to the 12-man roster for the upcoming Tokyo Olympics.

The US men’s basketball team entered its exhibition slate overloaded at guard and with very few big men on the roster. Once Love removed himself from the roster due to an injury, team officials had to work quickly to find a center that could immediately make the trip to Tokyo.

As first reported by The Athletic’s Shams Charania, McGee will join San Antonio Spurs forward Keldon Johnson on Gregg Popovich’s roster for the upcoming Group Stage of the 2021 Olympics.

As word spread that Javale McGee would be playing for Team USA, Twitter immediately reacted with hilarious and fitting reactions.