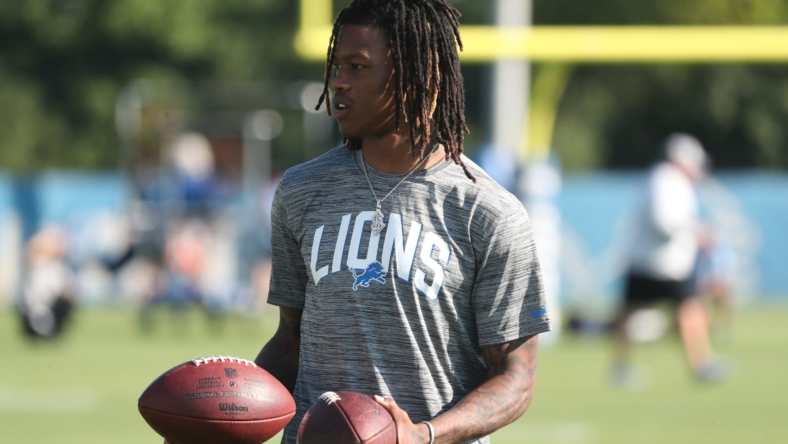 Former Alabama star Jameson Williams is set to make his NFL debut with the Detroit Lions at some point soon.

The rookie No. 12 pick should be a full go at practices next week as he returns from a torn ACL the talented youngster suffered in the College Football Playoff National Championship Game last January.

If he makes it through these practices, reports suggest that Williams will debut against the Jacksonville Jaguars in Week 13 a week from Sunday.

Detroit finds itself in the midst of a three-game winning streak and is surprisingly alive in the NFC Playoff race. In fact, the team finds itself two games behind the Seattle Seahawks for the final wildcard spot heading into Thanksgiving’s matchup against the Buffalo Bills. Getting Williams on the field could be a boon moving forward.

One of the most-talented pass-catchers in college during his junior season with the Crimson Tide back in 2021, Williams was considered an odds-on-favorite to be a top-five pick in the 2022 NFL Draft.

He dominated opposing SEC defenses after transferring from Ohio State. That included a 184-yard performance in a win over the eventual national champion Georgia Bulldogs in the SEC Championship Game. Unfortunately, his college career would come to an end against that very same Georgia team in the national championship game a few weeks later.

As for the Lions’ offense, they head into Week 12 ranked eighth in the NFL in scoring. Despite injuries to the likes of D’Andre Swift and stud young receiver Amon-Ra St. Brown, this unit continues to play at a high level.

St. Brown has caught 56 passes for 594 yards and three touchdowns in nine games this season. If Williams is able to make his debut at 100%, these two will provide quarterback Jared Goff with a nice duo moving forward.

Though, Williams’ impending debut has more to do about the future of the Lions than anything else. He’s seen as a potential No. 1 wide receiver. Getting a look at him throughout the remainder of the 2022 season is no small thing.