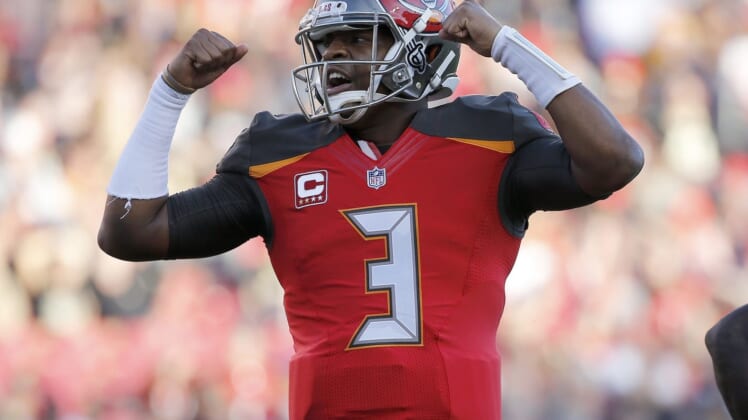 When Bruce Arians took over as the head coach of the Tampa Bay Buccaneers, everyone’s immediate first thought was that Jameis Winston would benefit most. A noted quarterback whisperer, Arians has a history of helping turnover-prone quarterbacks cut down their mistakes.

Since being selected No. 1 overall in 2015, Winston has been the most turnover-prone quarterback in the NFL.

In 57 career games, Winston has racked up 61 interceptions, fumbled the ball 40 times, and lost 18 fumbles.

Six of Winston’s interceptions have been returned for touchdowns, including, of course, the two from Sunday’s game against San Francisco.

Putting this in even more perspective, Mike Tanier of Bleacher Report shared some stark comparisons between Winston and some of his peers:

Arians said after the game that two of Winston’s interceptions in Week 1 were not 100% on the quarterback. But he conceded that the game-sealing pick-six was absolutely the fault of Winston: “The one for the screen, that’s just got to be a thrown away,’’ Arians said, per the Tampa Bay Times.

That’s been a common refrain throughout Winston’s career. All too often, he tries to play hero ball, but instead of winning the game his team pays for poor judgement. Football is a team game, yet Winston’s turnovers have had a lot to do with his career record of 21-34.

Winston is currently the only real option for Arians and the Bucs. Backup quarterback Blaine Gabbert is still recovering from a dislocated shoulder. Behind him, Ryan Griffin is the team’s only other option. He’s a career backup who has never played in a regular-season game since going undrafted out of Tulane in 2013.

So, it’s not likely that Arians is going to bench Winston in the next couple of weeks. However, if the fifth-year quarterback continues to churn out interceptions and fumbles like they’re made of gold, he’ll force Arians’ hand, sooner rather than later.