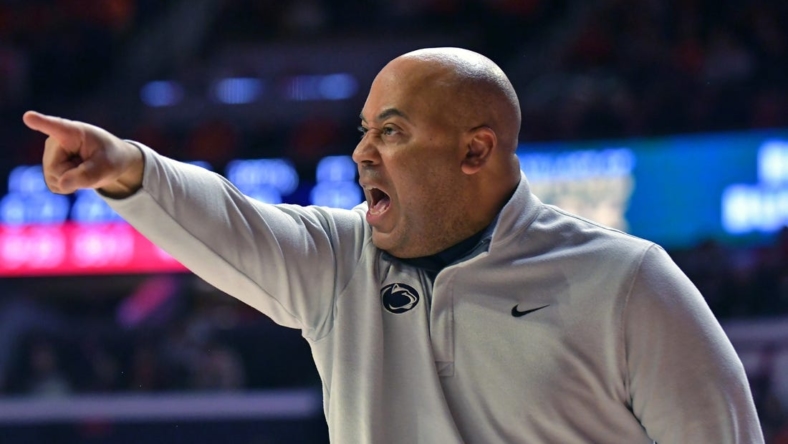 Pickett finished with 15 points, 11 assists and 10 rebounds for the Nittany Lions (3-0). Penn State’s lone previous triple-double came on March 16, 1998, when Calvin Booth collected 19 points, 10 rebounds and 10 blocks in the NIT against Dayton.

Funk’s 3-pointer with 12:17 remaining erased a two-point Butler advantage and put Penn State back in front for good. Funk knocked down another long-range shot just over a minute later before Pickett converted back-to-back buckets to give the Nittany Lions a 52-44 lead with 8:57 to play.

Pickett drained a step-back 3-pointer with seven minutes to go to make it 57-46 before a 3-pointer from Myles Dread and a jumper by Kebba Njie stretched the lead to 16 with 5:44 remaining.

Butler kept fighting and got within 66-62 on a Lukosius 3-pointer with 28 seconds left, but Wynter made two free throws to ice the game.

Penn State led 15-4 about seven minutes into the contest, but the Bulldogs chipped away and trailed 33-26 at halftime after Wynter knocked down a midrange jumper at the buzzer.

Pickett registered six points, nine rebounds and seven assists in the opening half, while Bates led all players with eight points.

Butler quickly caught up early in the second half, drawing even at 38-38 on Eric Hunter Jr.’s jumper about 4 1/2 minutes in. The teams then jockeyed back and forth for several minutes before the Nittany Lions began to create separation.