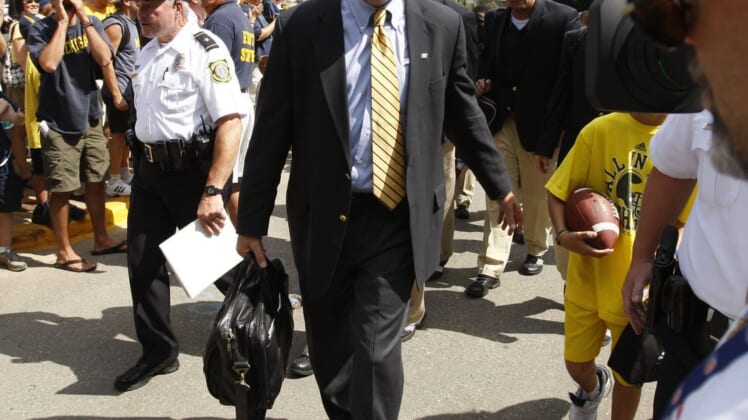 Rodriguez, who previously coached at West Virginia, Michigan and Arizona, claimed Tuesday that a “couple staff members” from Stephen F. Austin were at his team’s spring game.

“That’s not really supposed to happen,” Rodriguez said, per ABC 33/40 News in Alabama. “But we’re making plans accordingly, you know, so if they’re over there thinking they have our plays or what have you, signals or something like that, we’ve changed things since the spring.”

Rodriguez, 59, is in his first season at Jacksonville State, an FCS program in Jacksonville, Ala., that competes in the Atlantic Sun Conference. The Gamecocks will move up to the FBS as a member of Conference USA in 2023.

Jacksonville State’s game against Stephen F. Austin is on Saturday at 3:30 p.m. ET in Montgomery, Ala., and will be televised on ESPN.