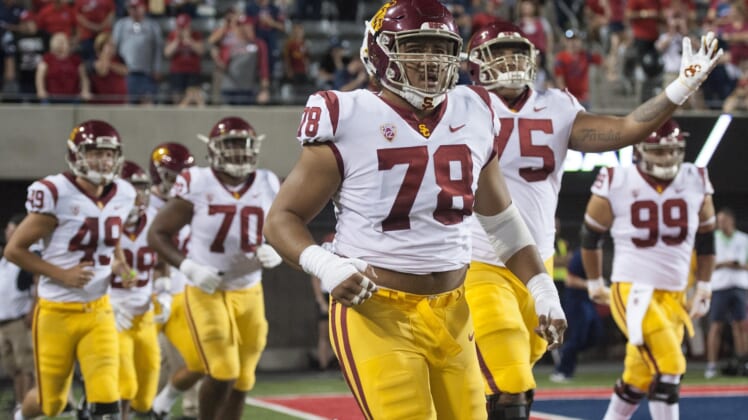 The Jacksonville Jaguars landed a versatile defensive lineman out of USC in Jay Tufele to kick off Day 3 of the 2021 NFL Draft on Saturday.

Tufele was the 106th overall pick at the top of the fourth round, and he’s someone who should contribute right away and help out an underwhelming Jaguars defense.

This is a solid choice for Jacksonville coach Urban Meyer and general manager Trent Baalke. Tufele ranked inside of Sportsnaut’s top 100 big board.

While prospects opted out of the 2020 season for various reasons, Tufele had a unique situation. His sister was battling for her life after contracting COVID-19, and he was there to support her during her recovery.

The last time Tufele was on the field, he was quite dominant for the Trojans. He had 41 total tackles, 5.5 tackles for loss and 3.5 sacks in 2019, which speaks to his combination of explosive quickness off the snap and hustle to get in on a ton of plays.

That type of supreme effort is what Meyer covets. Look for Tufele to crack the Jaguars’ rotation sooner rather than later, as he could’ve easily gone quite early on Day 2 if he’d played this past season.