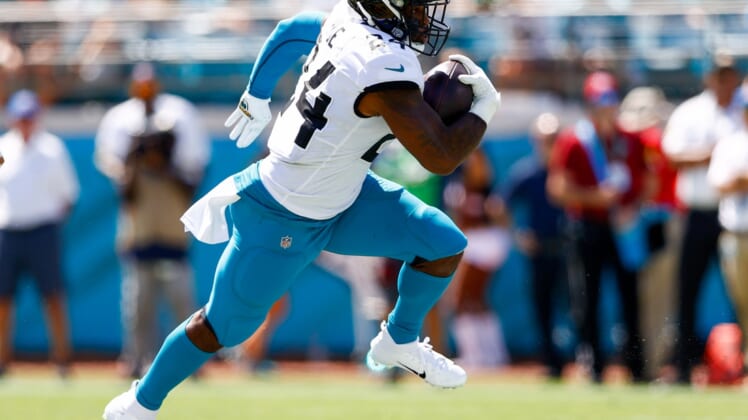 Jacksonville running back Carlos Hyde was a late scratch for the Jaguars’ Thursday night road game against the Cincinnati Bengals.

The 31-year-old veteran was listed as inactive by the Jaguars prior to kickoff.

Hyde rushed for 95 yards on 19 carries as a reserve in the team’s first three games. Jacksonville is one of five teams Hyde has played for over the past five seasons after he was selected in the second round of the 2014 draft by the San Francisco 49ers out of Ohio State.

The Jaguars signed Hyde to a two-year, $4.5 million contract in March. He previously played for the team for eight games in the 2018 season.