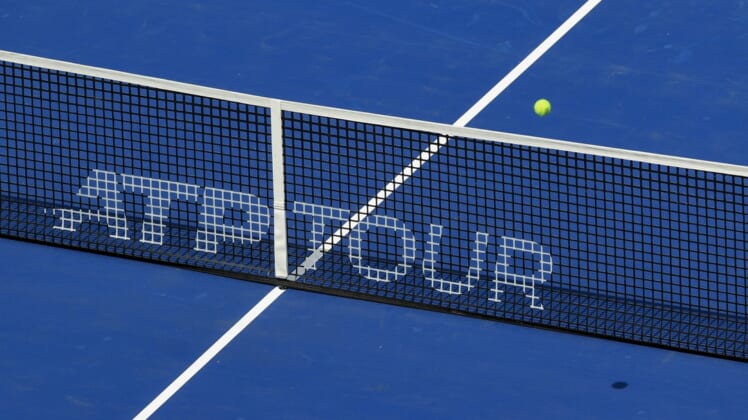 Jack Draper produced the biggest win of his brief career, with the 20-year-old Brit beating France’s Gilles Simon 7-5, 6-1 on Wednesday in the first round of the Miami Open.

Draper had never previously won an event at the ATP Masters 1000 level, having lost in the first round at his only prior attempt. That occurred last year in Miami, when he had to retire in his opening match.

His only two other top-level ATP events before Wednesday came last summer in his home country. Draper got to the third round of a Wimbledon warmup event in London, then lost in the first round to world No. 1 Novak Djokovic of Serbia.

Draper since has been tearing up the second-tier Challenge circuit, winning three tournaments this year.

He said of the victory over Simon, “(It feels) really good. I played an OK match today. It was tough conditions. It wasn’t the easiest, especially after what happened last year. It was in the back of my mind a little bit.

“I’m glad to come through the match. I think it shows the work I’ve put in the last six months, so I’m happy with the performance today.”

Next up for Draper is a matchup against British countryman Cameron Norrie, the tournament’s 10th seed. Each of the top 32 seeds, including No. 1 Daniil Medvedev of Russia, No. 2 Alexander Zverev of Germany, No. 3 Stefanos Tsitsipas of Greece and No. 4 Matteo Berrettini of Italy, received first-round byes.