Ja Morant thinks he would have ‘cooked’ Michael Jordan 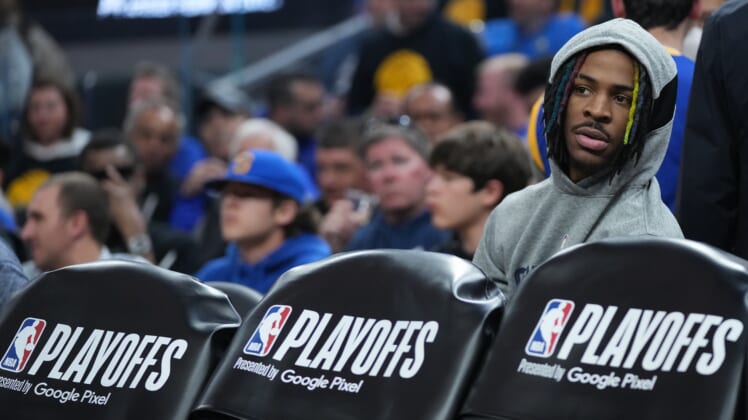 Look, Ja Morant’s quickly becoming one of the best players currently in the NBA. He’s a bonafide superstar, right? He’s beloved all over the world. But that doesn’t make him one of the best all-time, or even close. The Memphis Grizzlies point guard has a long way to go to become an all-time great.

One thing he doesn’t lack at all, is confidence. He’s set there.

Ja Morant thanks Jordan, but thinks he could take him

In a recent interview with Taylor Rooks, Morant was asked a bit about the basketball G.O.A.T, Michael Jordan. Naturally, he didn’t hesitate to state how he’d fare against the former Chicago Bulls legend on the court after a bit of a nudge.

It should be noted, as you can see in the clip linked above, Rooks, the host did say the words “This time you not sayin I woulda cooked him?”. So she brought on the quote a bit. It’s not like Morant came right out and said he’d smoke MJ.

As Morant mentioned, it’s good to have confidence in yourself and your abilities, especially when competing with one another, but as far as cooking Jordan? Come on now.

To be fair, it wasn’t just Morant boasting about himself, or his abilities. He also took the time to ‘thank’ MJ for paving the way as well, crediting Jordan for being the reason many people wanted to pick up a basketball in the first place.

Could you imagine? Seeing Morant vs Jordan? That would have been a sight to see.