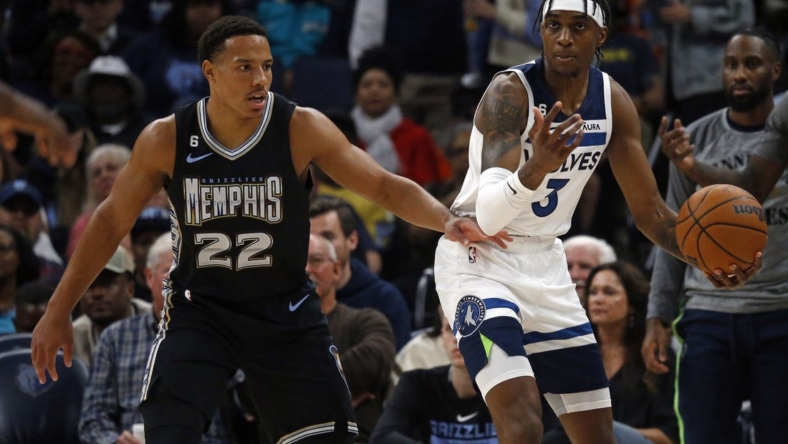 Ja Morant scored 28 points and was two assists shy of a triple-double as the Memphis Grizzlies defeated the visiting Minnesota Timberwolves 114-103 on Friday night.

Morant made 11 of 25 shots while adding 10 rebounds and eight assists to lead the Grizzlies to their fifth win in the last six games. Desmond Bane contributed 24 points, and Dillon Brooks finished with 21.

It was a dominating performance on the glass for Memphis, which outrebounded the Timberwolves 57-40.

Despite dropping their third straight game, the Wolves dished out 29 assists on 37 made field goals.

Minnesota tried one last comeback midway through the fourth, digging its way out of a 13-point hole to trail by eight after Towns made a layup. But Morant hit a layup just over a minute later with Towns committing his sixth foul, taking the wind out of the Timberwolves’ sails.

Gobert headlined an 11-3 run to open the third that pulled the Wolves within one. But the Grizzlies never faltered, getting 3-pointers from Bane and Morant to maintain an advantage.

Memphis outscored the Timberwolves 13-6 to close the third to head into the final frame with a 12-point edge.

Morant and Brooks each had 19 points in the first half to lead the Grizzlies into the intermission with a 72-63 lead.

Memphis had gone up by as much as 13 in the second, but Edwards scored six of his 21 first-half points in the final 1:43 before the break to cut the deficit to single digits.

Towns found himself in early foul trouble, picking up four fouls through the first two quarters.

Both offenses got off to fast starts thanks to their work at the charity stripe. Minnesota made 11 of 13 free throws in the first quarter, but the Grizzlies went a perfect 7-for-7 to help them build an early 33-30 lead.