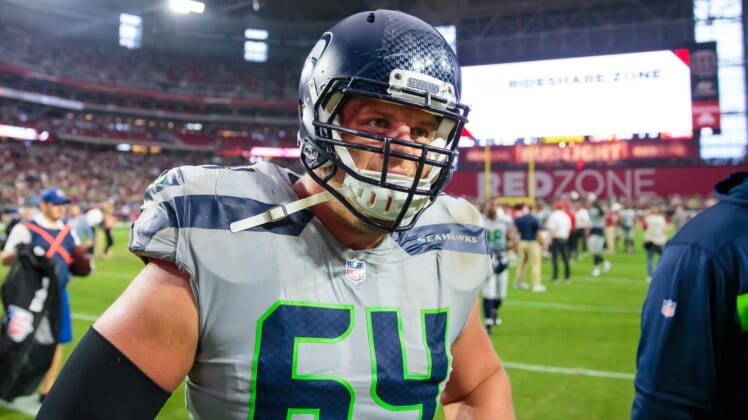 Guard J.R. Sweezy will retire as a member of the Seattle Seahawks after signing a one-day contract with the team on Friday.

Sweezy, 33, spent five seasons with the Seahawks after being selected by the team in the seventh round of the 2012 NFL Draft. He was a defensive lineman with North Carolina State before moving to the other side of the ball with Seattle.

Sweezy became a starting guard in 2013 and helped the Seahawks to a pair of Super Bowl appearances, including a title to conclude the 2013 season.

“We’re honored to announce that we’ve signed J.R. Sweezy to a one-day contract to retire as a Seahawk. Thank you, J.R.!” the Seahawks wrote on Twitter.

Sweezy signed with Tampa Bay in 2016 and spent two years with the Buccaneers before rejoining the Seahawks in 2018. He played the next two seasons with the Arizona Cardinals before spending training camp in 2021 with the New Orleans Saints, who released him before the start of the season.