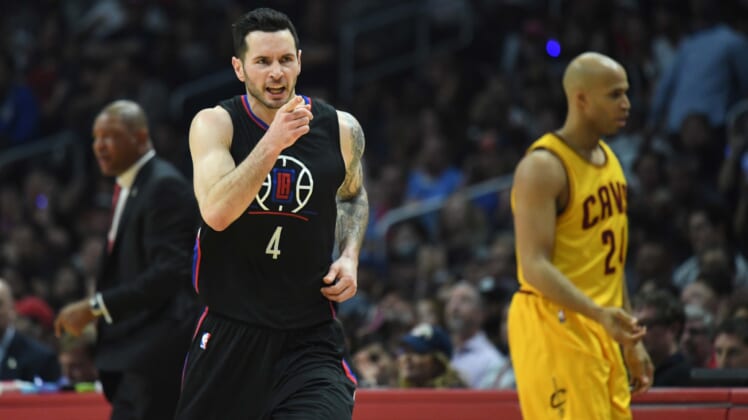 J.J. Redick has been hanging round with Kyrie Irving, and the topic of dinosaurs came up. Irving, who still claims the Earth is flat, must be rubbing off on Reddick, because the Philadelphia 76ers guard admitted he doesn’t know for sure if dinosaurs really existed here.

The two discussed these issues on a recent edition of “The J.J. Redick Podcast.”

Redick wasn’t done. He explained how he arrived at this conclusion.

“So I’ve come across some weird websites in my Google searches. For example, the word ‘Dino,’ it didn’t exist until like 1842 — there was no word for ‘dinosaur.’ And then all of a sudden, in the next 15 years, after this British scientist comes up with the word ‘dinosaur’ and describes it in a medical journal, people start finding fossils. And I’m thinking to myself, ‘alright, humans — like Homo sapiens — we’ve been here since, like, 10,000 B.C. We’ve been roaming the Earth, we’ve had multiple empires all over the world… and in all that time, we didn’t find any fossils until 150 years ago?’ “It makes you think!”

All we can say here is that, if these two guys were playing NFL football, they’d be getting a “random” drug test right about now.

Totally unrelated: Waiter! I’ll have what THEY’RE having.