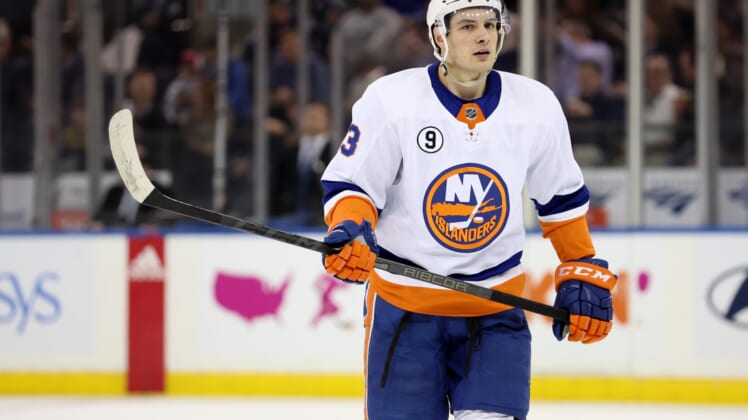 The incident occurred during a 4-2 loss to the Maple Leafs in Toronto on Sunday night.

Video replays show Barzal, while seated on the bench, hanging on to Toronto forward Mitch Marner and impeding his return to the on-ice action.

“That’s pretty funny,” Marner said after the game. “Hopefully he gets fined for that. That would be great.”