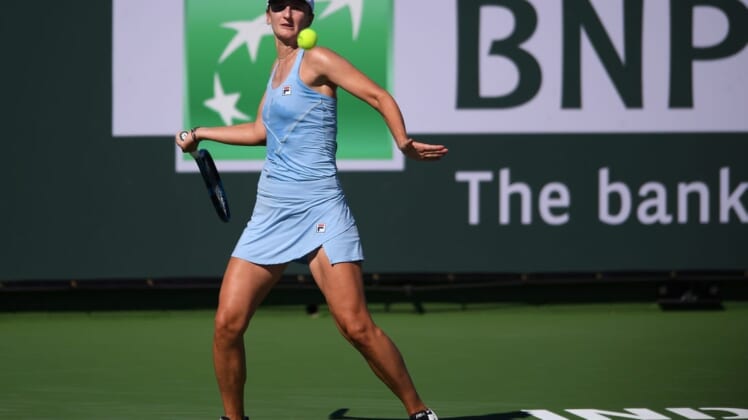 Romania’s Irina-Camelia Begu apologized Thursday after tossing her tennis racket in frustration and having it hit a child in the crowd during her French Open match in Paris.

Begu was near the bench area during the third game of the third set against Ekaterina Alexandrova of Russia when she tossed the racket downward on the clay surface. The racket took a big hop and struck a child sitting close to the court.

The 31-year-old Begu received a code violation for unsportsmanlike conduct.

“It’s an embarrassing moment for me, so I don’t want to talk too much about it,” Begu said afterward. “I just want to apologize. My whole career I didn’t do something like this, and I feel really bad and sorry.

“So I’m just going to say again, sorry for the incident and, yeah, it was just an embarrassing moment for me. You hit the clay with the racket, but you never expect it to fly that much.”

Alexandrova was upset that Begu wasn’t disqualified from the match and she sharply criticized the situation at Roland Garros later on her Instagram account.

“So disappointed to leave RG like that, I was trying to do my best, but seems like the rules were against me today,” Alexandrova said. “This shouldn’t be happening. I hope after today’s match rules will be improved for everyone’s safety.

“We are responsible for our racket.”

Begu will face France’s Leolia Jeanjean in the third round.