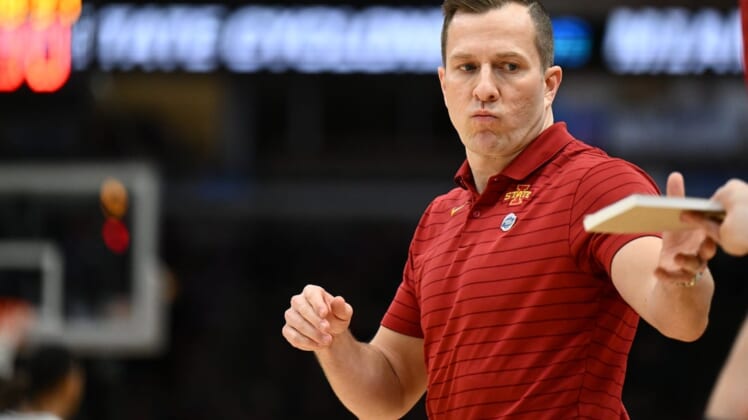 Iowa State coach T.J. Otzelberger received a raise and a contract extension Wednesday as a reward for a stellar first season as coach of the Cyclones.

Otzelberger took over a 2-22 squad and guided Iowa State to a 22-13 record and a NCAA Tournament Sweet 16 berth last season.

His contract now runs through the 2026-27 season, while his annual total compensation will raise from $1.5 million to $2 million. His guaranteed compensation also rose $500,000 to $1.2 million.

“T.J. Otzelberger and his staff orchestrated arguably the greatest turnaround in college basketball history this past year, inheriting a two-win program and leading it to 22 victories and the Sweet 16 in their first season, and I’m grateful that we are able to reward that success with this extension,” Iowa State athletic director Jamie Pollard said in a statement.

“I believe T.J. is building a championship culture within our program that fosters academic excellence, on-court success and accountability, and I believe that the momentum our program enjoys will lead to future success under his direction.”

The Cyclones were a No. 11 seed in the NCAA Tournament before they defeated LSU and Wisconsin ahead of losing to Miami with an Elite Eight berth on the line.

Otzelberger, 44, has a 121-76 record in six seasons as a head coach. He made two NCAA Tournament appearances in three seasons at South Dakota State (2016-19) and spent two seasons at UNLV (2019-21) before being hired by the Cyclones.