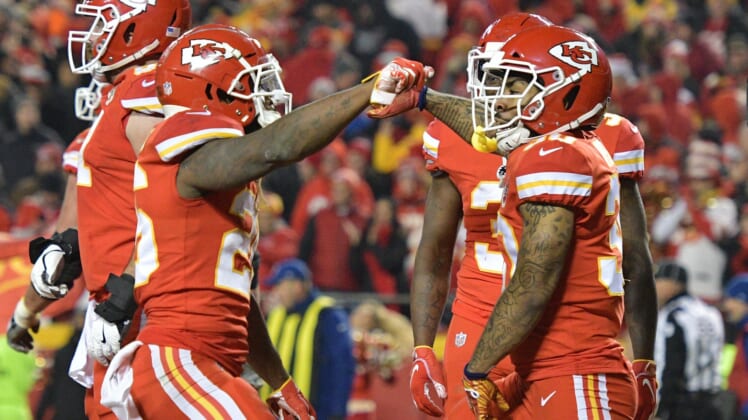 The Kansas City Chiefs will host their first ever AFC Championship Game at Arrowhead next weekend after disposing of the Indianapolis Colts in the divisional round on Saturday.

It was a Chiefs blowout from the start. Once Tyreek Hill took this reverse to the house, the rout was on. In the end, Kansas City won by the score of 31-13.

Immediately following the game, the Chiefs’ social media team went after the Colts — trolling them in the best possible way.

This is in reference to the Colts flying a “1-0” banner outside Lucas Oil Stadium prior to the game, which referenced Indianapolis postseason-opening win over Houston last week.

The new 1-0 flag is looking good!
Best of luck to the @Colts this weekend!#Colts #NFLPlayoffs pic.twitter.com/WCkmEm1BjS

It’s just all sorts of amazing. Back in 2014, the Colts hung a banner celebrating their status as the AFC finalist for that season.

There’s nothing else to add to this. Just a tremendous troll job by the Chiefs’ social media team. Cruel? Sure. But these are big boys. They should be able to handle it.