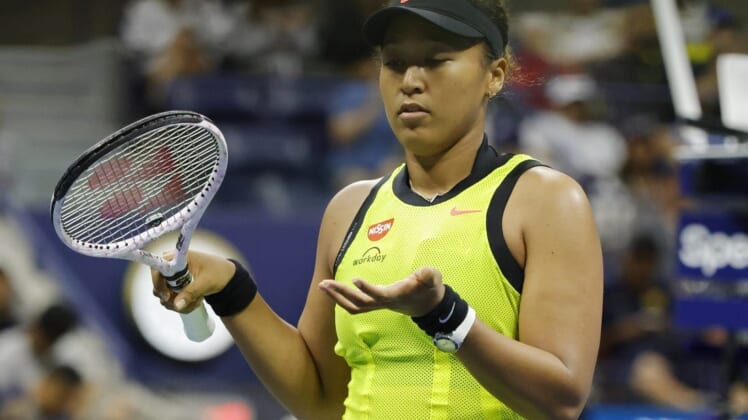 Four-time Grand Slam winner Naomi Osaka of Japan has withdrawn from Wimbledon with a leg injury.

“my Achilles still isn’t right so I’ll see you next time,” the 24-year-old posted Saturday on Twitter.

my Achilles still isn’t right so I’ll see you next time ???????? pic.twitter.com/mryWdKnitN

Osaka, who injured her left Achilles in Madrid on May 1, played with tape on her foot in last month’s first-round loss against Amanda Anisimova at the French Open.

A two-time champion at both the Australian Open and U.S. Open, Osaka has never advanced past the third round at Wimbledon.

Action at the All England Club gets under way on June 27. Also withdrawing Saturday was 2014 Wimbledon finalist Eugenie Bouchard of Canada with a shoulder injury. Bernarda Pera of Croatia and Laura Pigossi of Brazil were added to the field as replacements.