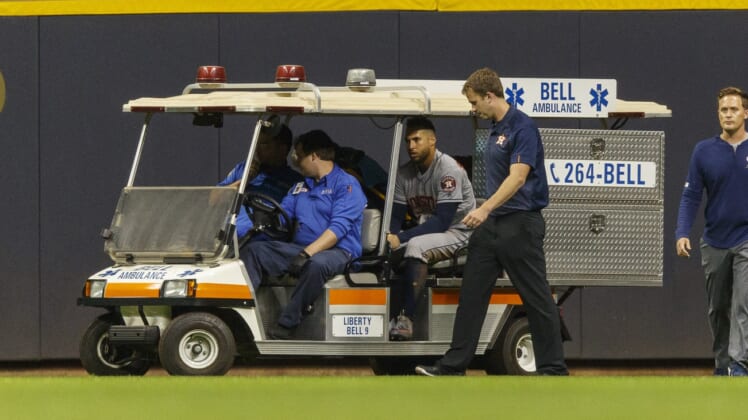 Houston Astros star George Springer exited Tuesday’s game against the Milwaukee Brewers in the fourth inning after slamming his head into the wall following a brilliant catch.

Springer exited the game on a cart after the scary outfield collision. Astros manager A.J. Hinch noted after the game that the MVP candidate was day-to-day.

There’s now better news on this front. According to Chandler Rome of the Houston Chronicle, initial tests are “looking positive” for Mr. Springer.

The All-Star did make make the trip back to Houston with his teammates after the game. It’s not yet known when further updates will be available on the former World Series MVP. But the Astros should know more before they open up a four-game series against the Seattle Mariners on Thursday.