Sometimes even the smallest of gestures can make a big impact. Cleveland Indians infielder Mike Aviles’ four-year old daughter, Adriana, has been diagnosed with leukemia and is undergoing chemotherapy.

In support of the little girl, the entire Indians roster took to shaving their heads in order to show solidarity for her plight. That list now includes owner Paul Dolan, who shaved his head at Progressive Field prior to the team’s game on Sunday: 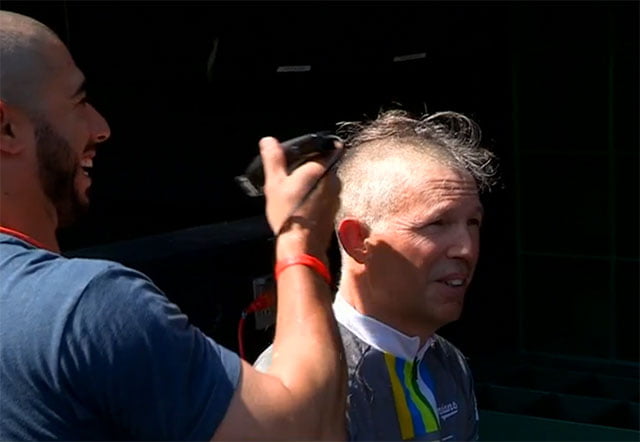 Aviles missed eight games early last month after his daughter was diagnosed with leukemia. Upon his return to the team, the infielder received the support of the entire organization.