Indianapolis Colts rise, fall, and a possible return to title contention in 2022

It’s been 13 years since the last time the Indianapolis Colts were in the Super Bowl. At that time Colts fans everywhere were crushed by the outcome of the NFL’s biggest game. However, they all took some solace in the fact that the odds of them returning were good.

They still had the best quarterback in the league on their roster and played in the abysmal AFC South. Peyton Manning was only 33 and would be 34 by the time the 2010 season would start. Subsequently, the following year they were back in the playoffs. Also, the Colts had made the playoffs 11 out of 12 times from 1999-2010.

Unfortunately, 2010 would be the very last season Manning would wear a uniform for the horseshoe. He’d undergo offseason next surgery and miss the entire 2011 season, throwing really chaos and division amongst the fans. Some were saying the Colts needed to move on from Manning as he was done. Especially with the best quarterback prospect to come out of the college since John Elway or Peyton Manning in Andrew Luck.

While other fans clamored for the idea that the Colts could retain Manning and draft Luck. Thus having Luck sit for a year or two and be mentored by the greatest quarterback to ever study the game. I mean, as the saying goes, “have your fried rice and eat it too.” Yes, I was in the latter group of fans.

Well the fans who were in the same group as me all ended up looking incredibly foolish as Luck immediately took the Colts back into the playoffs. Or another way to look at it, Luck is worth nine wins in a season. The colts went from 2-14 to 11-5 simply by drafting Luck.

Sure that’s an oversimplification but it’s one way to look at it. Luck would lead the team to the playoffs six out of 10 seasons he was under contract. You could say six of nine since one of the years Luck was out with injury and the team was quarterbacked by Jacoby Brissett. After returning from injury in 2018 Luck took the Colts right back into the playoffs again.

That 2018 season Luck looked like he was on his way to ascending to new heights both individually and with the team. It wasn’t far-fetched at all to be thinking that the Colts would be one of two, maybe three, teams to constantly be representing the AFC in the Super Bowl. Then right before the start of the 2019 regular season, it’s reported that Luck is retiring from football. 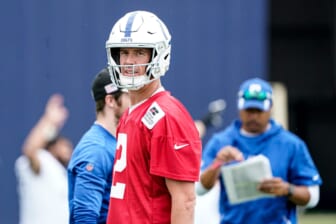 This news sent shockwaves throughout the NFL and Indianapolis. The young star quarterback who was for sure going to be taking the team to multiple Super Bowl titles was suddenly walking away from it all. Most importantly he wrecked what was going to be a dominant season for my fantasy football team!

Luck cited health reasons for his early retirement. Can’t fault a player for wanting to take care of his health over playing a kid’s game for gobs of money. Especially when the NFL does a poor job of taking care of its retired players. Getting back on track, Luck’s abrupt retirement negatively impacted the organization. They are currently on their fourth starting quarterback. Brissett got a chance to show the NFL he’s a starting quarterback. And he showed the NFL that he’s a backup.

So, the Colts turned to a familiar connection of head coach Frank Reich’s and signed Philip Rivers. Rivers was coming off one of his worst seasons so there was a lot of trepidation about if there was anything left with Rivers. The answer was there was one last hoorah as he led them back to the playoffs. Unfortunately, they lost to Buffalo in the Wild Card, and then Rivers retired in the off-season. Since that former connection worked so well the Colts tried with another one and traded for Carson Wentz.

Well, the Wentz experience ended in an unmitigated disaster. Wentz himself had a fine season. However, the team missed the playoffs when they had over a 90% chance of making the playoffs with two games left. Subsequently, the Colts dropped both of those games. One to Las Vegas and the other one to Jacksonville. 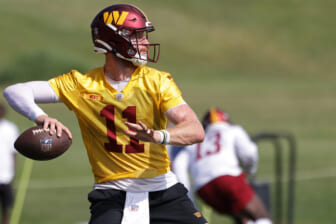 That win for Jacksonville was their third on the season and the poor play of the Colts led to owner Jim Irsay being done with Wentz. So with no other quarterback option readily available the Colts traded away Wentz to Washington. The deal itself came with a surprisingly good return for the Colts.

Then as if luck was on the Colts’ side they traded for Matt Ryan. Atlanta and Ryan had agreed to part ways and sent Ryan to a situation where he will have an opportunity to win and make it to another Super Bowl. After the acquisition of Ryan, there has been a profound and renewed sense of belief and optimism around the team. Experts are predicting the Colts to return to the playoffs. Even yet, some are saying the Colts will win the division and are a top AFC team that can make it to the big game!

Colts are built to contend in 2022

The Colts boast one of the best defenses not just in the AFC but also in the league. Led by Darrius Leonard, Deforrest Buckner, Kenny Moore, Stephon Gilmore, and Yannick Ngakoue. This group of defensive talent is arguably the best in the past 37 years.

And on offense with Ryan at the helm fans are giddy that this team could remind them of the high-powered Manning-led offenses. Young star Johnathan Taylor won’t be asked to shoulder the burden of carrying the offense. Michael Pittman Jr. will be the main focal point of the passing offense. However, he should have some help with rookie Alec Pierce on the team. 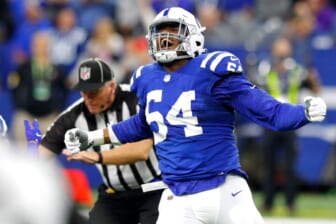 Colts fans everywhere are really hoping that Ryan, Talor, MPJ, and Pierce can replicate the seasons of Manning, Edgerrin James, Marvin Harrison, and Reggie Wayne. The AFC is loaded with talent and tough teams. However, this Colts team is instilling belief in their fanbase that they’ll be able to match up and beat anyone.

If the Colts can get a consistent reliable receiving weapon to go with MPJ then they’ll surely vault up to being in the conversation with Buffalo and Cincinnati as the top teams. This upcoming season will be exciting. Maybe the most exciting since 2014.