Indiana Pacers: Losing out on Deandre Ayton and what’s next with Myles Turner 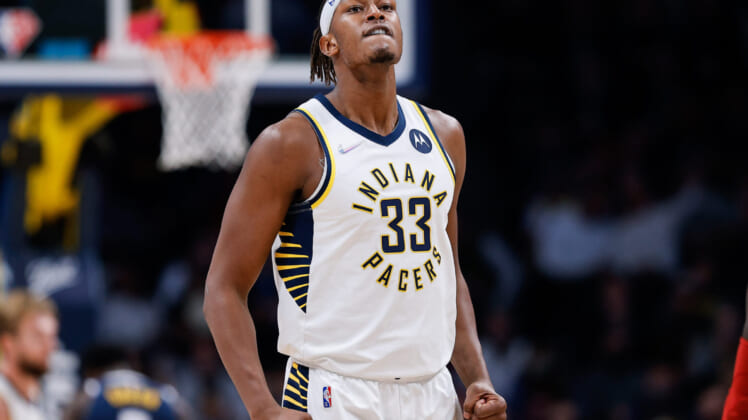 Indiana Pacers fan excitement was at a massive high around 3 PM ET Thursday when it was reported that the franchise extended a max offer sheet to Deandre Ayton. Ayton is the former #1 overall pick in the 2018 NBA draft.

The offer of 4-years and $133 million deal that Ayton agreed to is the largest max offer to a restricted free agent in NBA history! Yeah, that little small market midwest team whose best free agent signing in franchise history is David West just ponied up big bucks for a young center, that is a walking double-double.

Circling back to the note about Ayton agreeing to the offer sheet and not signing it. Reading between the lines the Pacers were telling Phoenix, “We’re tired of waiting on you trying to concoct a trade package to land Kevin Durant. So, make us a good offer with Ayton and we’ll sign off on it. Otherwise, in 48 hours he’ll be an Indiana Pacer.”

A quick over of everything that took place Thursday night. The 48-hour time limit doesn’t start until 11:59 PM ET. It expires on Saturday at 12 PM ET. If Phoenix matches they wouldn’t be able to trade Ayton until January 16. Also, they couldn’t trade him to Indiana for a year. Finally, Ayton would have veto power over any trade he’s included. Oh, and there’s this entire relationship that Phoenix and Ayton have to fix.

But there was still a chance a sign-and-trade could be worked out before the clock started ticking on the 48-hour timeline. There was still a chance Phoenix could trade for Durant but the chances took a big hit. Then soon before 9 PM ET Ayton signed his offer sheet. By signing it meant there was no chance for a sign-and-trade. And all Phoenix could do is match the offer or let Ayton walk for nothing. 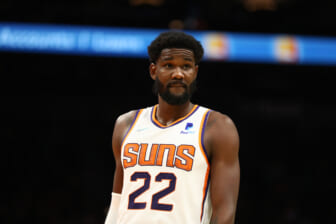 Indiana got financially ready by waiving Duane Washington and then waiving and stretching Malik Fitts, Nik Stauskas, and Juwan Morgan. Waiving and stretching means the players get paid their money at a smaller rate over a longer period of time. And if Phoenix matches the offer the fate is still the same for those four players. There is no undoing of any kind with them. Then about 17 minutes after it was reported Ayton signed the offer sheet Phoenix matched it.

What is Myles Turner’s future in Indy after Ayton fallout?

Well, for those Pacers fans that were excited by the idea of finally having a #1 overall player on their team came crashing down. Talk about a buzzkill heading into the weekend! So now what? Well for one, go check out my article about why getting Ayton wasn’t a good idea in the first place. And speaking of Myles Turner, what’s next for him? What does all of today’s happening mean for him and how does he feel about the only team and organization he’s ever known?

For those that are unaware Turner is heading into this season on the last year of his contract. The Pacers have said that are not actively shopping Turner. However, they are open to listening to offers for him. Does Turner pull a Paul George or Victor Oladipo and either go to management or other organizations and say “I want out of Indy? Come get me out of here.” As it stands Turner is the team’s starting center next to free agent signing (yes the Pacers can sign free agents) Jalen Smith.

I’ve been on record as saying that I really love this pairing. Two athletic big men that can run the floor, shoot threes, block shots, score on the block, and rebound. Off the top of my head, I can’t think of another NBA team who has a power forward and center that can check off all of those boxes. So, now we’ll get to see these two in action to start the upcoming season. Unfortunately, the question about Turner will be asked all season until there is a resolution. What is Myles going to do? 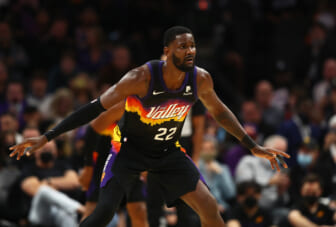 Also Read:
Indiana Pacers: Why signing Deandre Ayton is not the way to go

Let’s look at this from a high level from both sides. For the Pacers, they now need to make up with Turner. Well to a degree I suppose. There will be a conversation that covers a Turner extension and his thoughts about staying with the Pacers long-term. If he’s not on board with that then the conversation will switch to “Ok, then we need you to play for us. Play well so that we can then trade you.” I’d go as far as to say the organization will try to do right by Turner and send him to a team he’s open to playing for and that gives the Pacers a good return.

Myles will need to decide what he wants to do. Sign an extension with the Pacers or ask to be traded. Right now, the extension is where he’ll get the most money. Considering he hasn’t finished the last two seasons due to injury. Every NBA going to want to see him play before they decide to give him an extension. They also are going to want their team docs to look at his medicals first-hand.

However, if Turner asks for a trade now he’d have a full season to play with his new teammates and show his new team he’s worth an extension. Subsequently, Turner’s trade value is low because of the aforementioned injuries. So here in lies the rub. If Myles wants out, and to this point, the signs are pointing that way since he hasn’t pushed to get a contract extension, he’ll need to play with the Pacers to start the season. If he gets off to a strong start, looking like the impact player that he is, then it’s reasonable to think he gets traded rather early in the season. Make no mistake Turner is an impact player in the NBA. 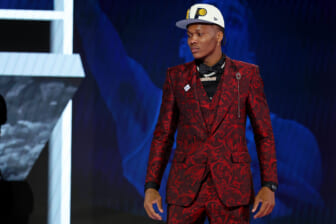 However, if Turner gets off to a slow start then he may not get traded until closer to the trade deadline. If this is the scenario then it could hurt the Pacers as they may not get as good of a return as teams will be weighing the cost of acquiring him in season versus free agency. So, again what about Myles Turner.

Ultimately, I think the two sides come to an agreement of starting the season together with the goal of Turner being showcased/featured in the offense. Thus giving a jolt to his trade value and increasing the odds of him being traded earlier in the season. This is of course provided that Turner starts the season healthy. Regardless, the clock appears to be ticking on Turner’s time with the Indiana Pacers.