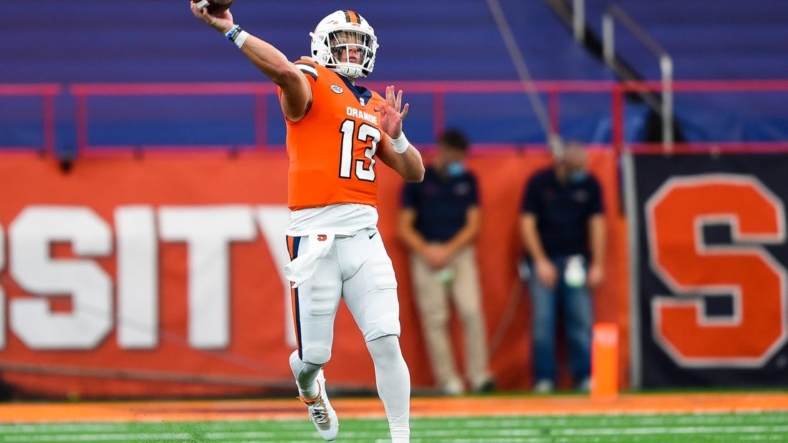 Syracuse transfer Tommy DeVito won the quarterback competition at Illinois and will start Saturday when the Illini host Wyoming.

Coach Bret Bielema previously said he planned to keep that information secret, but the program released the starter’s identity Thursday on social media.

DeVito, a senior, had been competing with fellow New Jersey native Artur Sitkowski for the job.

Sitkowski, a fifth-year junior, is in his second season with the Illini after transferring from Rutgers. In 2021, he appeared in five games, completing 50 percent of his passes (74 of 148) and threw for six touchdowns and two interceptions.