If You Were Worried About Adrian Peterson Not Being in Shape…

Minnesota Vikings running back Adrian Peterson is back with the team and prepared to put the mess of the past year completely behind him. Fresh off signing a restructured three-year deal with Minnesota, this future Hall of Fame running back appears ready to go. 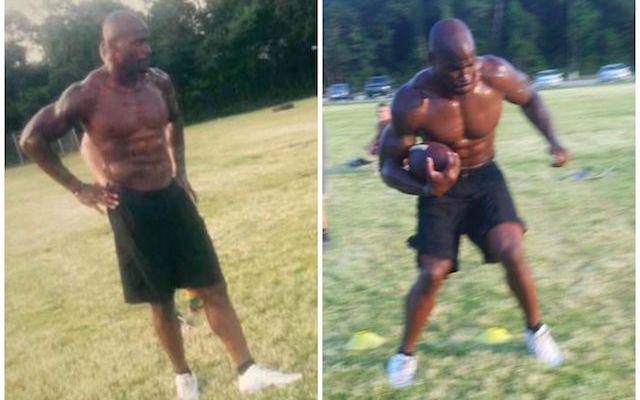 I am pretty sure that most of our dreams wouldn’t allow us to put ourselves in Peterson’s body. The photo on the left shows us a six-pack that most men would almost literally kill for. The photo to its right. Well, that’s probably going to be an “Incredible Hulk” meme in short order.

The Vikings have to be excited that Peterson reversed course after months of indicating he would prefer not to return to the team. More than that, they have to be pretty jazzed about the ridiculous shape the running back is in.