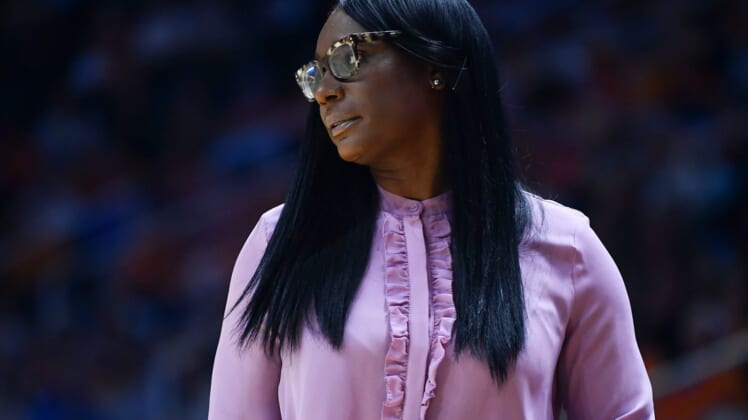 The Howard Bison made history Wednesday night in Columbia, S.C., topping Incarnate Word 55-51 in the First Four for the program’s first-ever victory in the NCAA Women’s Tournament.

Howard (21-9) — which was previously 0-5 in NCAA Tournament games — was led by two double-doubles. Krislyn Marsh had 14 points and 17 rebounds, and Brooklynn Fort-Davis tallied 15 points and 10 boards.

Tiana Gardner led the Cardinals (13-17) with 16 points and six rebounds off the bench. Incarnate Word was playing in its first-ever NCAA Tournament.

The game was tightly contested throughout, as neither team led by more than seven points.

Howard shot poorly from 3-point range — 1 of 18 — against the Cardinals’ shape-shifting zone, but the Bison had a big advantage on the glass, winning the rebounding battle 53-34. The Bison grabbed 22 offensive rebounds and scored 30 points in the paint.

The matchup between the pair of No. 16 seeds marked the first-ever First Four game in the women’s tournament. The field expanded to 68 teams this season, matching the men’s tournament.

Howard moves on to face No. 1 overall seed and site host South Carolina on Friday.