Hot-starting Galaxy determined to make it last against Fire 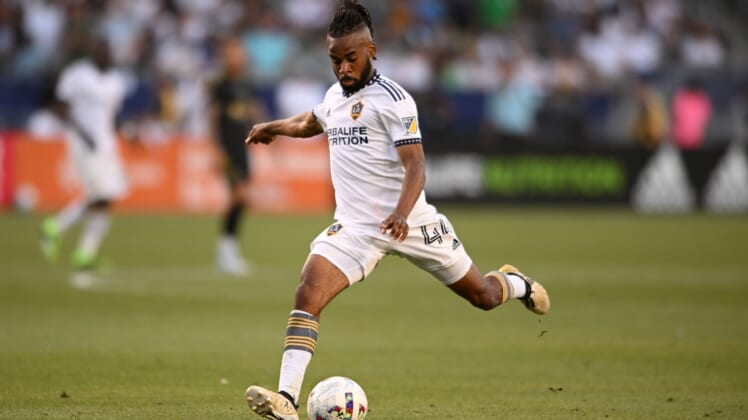 After a start to the season strikingly similar to a year ago, the Los Angeles Galaxy now will have to figure out how to make the fun last all summer long.

The Galaxy will hit the road Saturday for a meeting with an improved Chicago Fire squad that has earned points in the standings from five of their first six games.

The Galaxy (4-2-0, 12 points) has opened with the same record for the second consecutive season, but the club slumped late last year and failed to make the playoffs. Los Angeles striker Javier “Chicharito” Hernandez is determined to write a different story this time around.

It’s a fine concept, except the Galaxy will be hard pressed to repeat the same energy they had while playing in front of a rowdy sold-out home crowd in a battle for Los Angeles that has quickly turned into one of the league’s best rivalries.

Hernandez scored early against LAFC to give the Galaxy a lead. His five goals this season are tied for the most in MLS this season.

While timely offense has led the way for the Galaxy, the revival for the Fire (2-1-3, 9 points) has come courtesy a defense that has surrendered just two goals, tied for fewest in MLS. Goalkeeper Gabriel Slonina is tied for the league lead with four shutouts.

The 17-year-old Slonina did give up one of his two goals this season in last Saturday’s 1-0 road loss to Orlando City. Since scoring five goals in consecutive victories against D.C. United and Sporting Kansas City, the Fire haven’t scored in either of the past two games.

Chicago played the entire second half Saturday with 10 men after midfielder Brian Gutierrez was handed two yellow cards in the first 43 minutes.

“Obviously it was pretty difficult going down a man but I think guys stepped in and played their roles,” Slonina said. “I think on a different day, it comes out as a different result. But (coach) Ezra (Hendrickson) is proud of us and he wants us to keep our heads up, focus on the next game and make sure we do everything we can to recover and train and be ready for the next game.”

The Galaxy have not lost to the Fire the last 11 times the teams have met, earning seven victories with four ties.