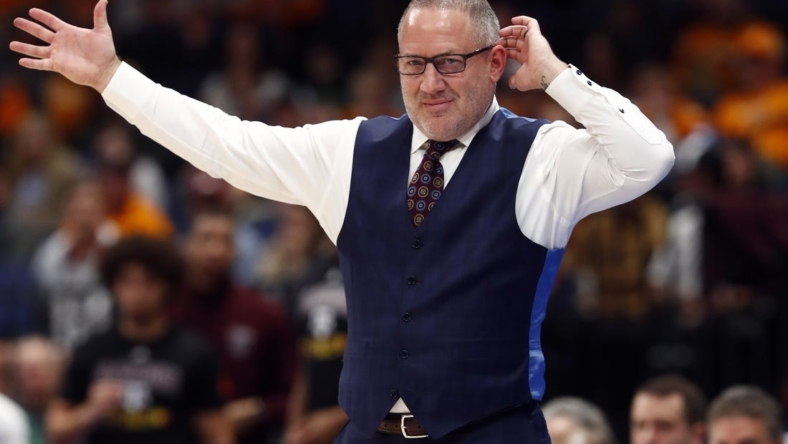 Taylor shot 4 of 6 from 3-point range to lead a torrid night from beyond the arch for the Aggies, who are coming off a runner-up finish in the NIT last season. Texas A&M shot 12-for-26 from 3-point range and shot 50.8 percent overall from the field.

The Warhawks were the complete opposite from long distance, making only 2 of their 20 attempts from 3-point range, and shot 27.1 percent overall.

Nika Metskhvarishvili led Louisiana Monroe, which is aiming to break a string of three consecutive losing seasons, with 10 points and nine rebounds, but he shot 3-for-12 from the field. Savion Gallion also had nine points.

One of the Warhawks’ new additions through the transfer portal, Jamari Blackmon, totaled 10 points and four rebounds in his team debut.

The Aggies’ own transfer portal addition from Wichita State, Dexter Dennis, made an immediate impact with 11 points, five rebounds and three assists in 20 minutes. Julius Marble, a transfer from Michigan State, had six points in 17 minutes in his Texas A&M debut.

The Aggies limited Louisiana Monroe on the defensive end as the Warhawks shot only 8 for 32 in the second half.

Texas A&M opened the second half on an 11-0 run keyed by a couple of triples by Taylor. Louisiana Monroe didn’t convert a field goal until Jalen Bolden’s putback layup with 13:57 left in the second half.

Henry Coleman III, a preseason second team All-Southeastern Conference selection, finished with 14 points and a team-high seven rebounds for the Aggies. Hayden Hefner also had 12 points in 19 minutes and Manny Obaseki had 10 points.

Louisiana Monroe will host Dallas Christian next on Thursday night while Texas A&M will next host Abilene Christian on Friday.