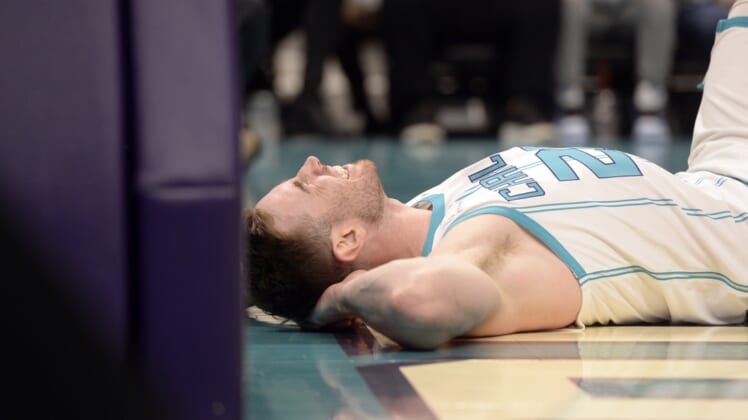 Charlotte Hornets forward Gordon Hayward is out indefinitely with sprained ligaments in his left ankle.

X-rays were negative but an MRI revealed the sprained ligaments, the team said Tuesday.

Hayward was injured early in the first quarter of Monday night’s game against the Toronto Raptors after Gary Trent Jr. fell on his ankle in a battle on the boards. Hayward crumpled and remained on the floor as play continued before limping straight to the locker room.

“It didn’t look good when he came off the floor,” Hornets coach James Borrego said.

Hayward is averaging 16.1 points, 4.6 rebounds and 3.6 assists in 48 starts this season, his second in Charlotte.