The History of Kyle Orton

This isn’t much of a surprise since the 32 year-old was released by the Dallas Cowboys in July and was contemplating retirement. 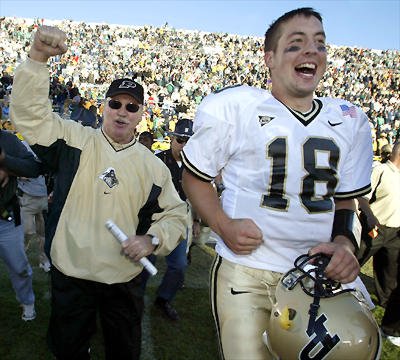 Before Orton was drafted by the Chicago Bears in the fourth round of the 2005 NFL Draft out of Purdue, he was the No. 2 ranked quarterback in the nation coming out of high school.

With the Bears in his Rookie season, Orton was forced to take the starting job over Rex Grossman after Gross man suffered an injury. Orton went 10-5 with nine total touchdowns and 1,869 passing yards. In part thanks to Orton and a dominating defense, the Bears also put an eight-game winning streak that season. Not bad for someone who wasn’t expecting to have the quarterback spotlight shone on him. 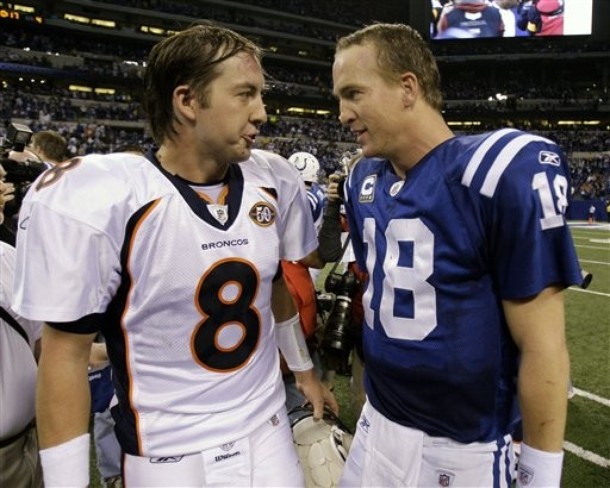 In the 2008 offseason, Orton was traded to the Denver Broncos for none other than Jay Cutler (that’s a completely different article that I don’t have time to touch on) where he won his first six games with the team. He unfortunately caught the injury bug, which is inevitable in the wonderful world of professional sports. However, it’s important you know he threw only 12 interceptions and the team finished 8-8 that season. (Remember this was before Peyton Manning sported the orange and blue.)

Orton helped the Broncos with a 6-0 record starting off the 2009 season. He finished the season throwing 21 touchdown passes.

He started both 2010 and 2011 as the first-string quarterback, but was replaced by Tim Tebow in the fifth week against the San Diego Chargers after putting up a 1-4 start in 2011. That was the last time Orton touched a football with the Broncos. 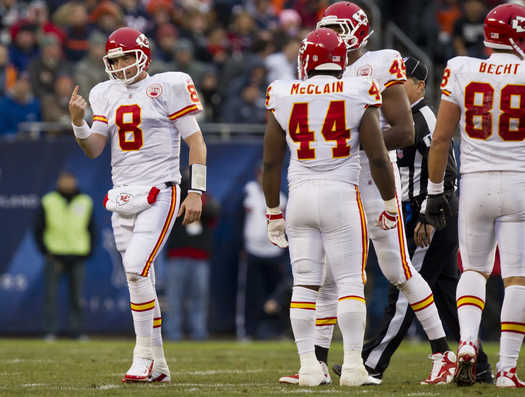 It’s difficult to think you can come back after being replaced by Tim Tebow, who is now a college football commentator, and the creator of “Tebowing,” but Orton tried.

Orton was introduced as the newest quarterback for the Kansas City Chiefs in November of 2011 thanks to an injured Matt Cassel.

In an awkward occurrence, Orton replaced Tyler Palko against none other than the Chicago Bears. However, Orton was injured on his first pass attempt. Orton won the starting job two weeks later against the Green Bay Packers. Not only did he get the starting job over Palko, but he defeated the Packers (who were the 2011 Super Bowl champs), which also snapped the Packers 19-game winning streak. He also beat the Broncos in the season finale that year. Talk about some dramatic wins for the recent retiree.

Orton still was not done.

For the Final Finale 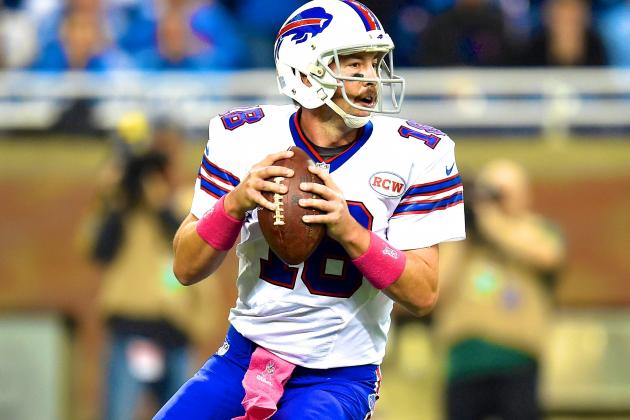 Kyle ended up on the Dallas Cowboys in 2012. And after seeing barely any action that season, the veteran took over for an injured Tony Romo for the Cowboys do-or-die Week 17 matchup with the Philadelphia Eagles last December. He proceeded to throw two interceptions in a disappointing 24-22 loss to the Eagles.

As previously mentioned, he threatened the Cowboys saying he would retire and did not report to any of the Cowboy’s activities or workouts prior to the 2014 season. He also didn’t have any communication with the team.

Dallas released Orton in July and he agreed to a two-year deal with the Buffalo Bills.

According to Tony Manfred of The Business Insider, Orton’s teammates were just as surprised as everyone else to hear of Orton’s retirement. He hadn’t mentioned anything to anyone.

He simply entered the locker room Monday morning, told everyone that he was heading to a meeting, then never came back, says Manfred.

However, Orton did have something to say to the Bills’ team website:

I just have been going at it for 10 years and it’s just a family decision and I’ve decided to get home and be a dad and call it a day.

Congratulations to Kyle Orton on an impressive career. Whether you call it an average one or not, Orton did accomplish many things many quarterbacks could not.