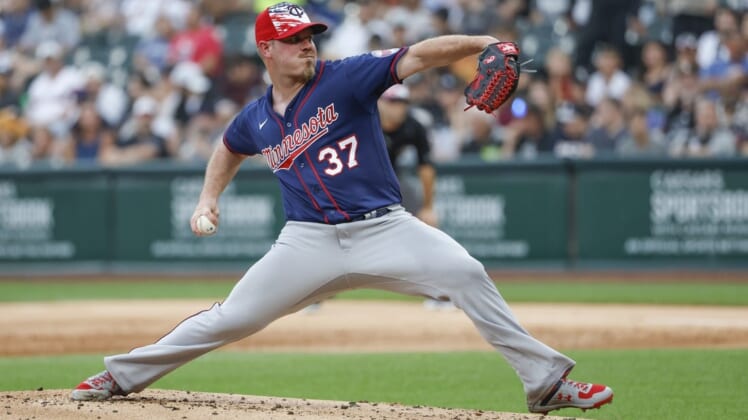 Luis Arraez had three hits, Alex Kirilloff had two hits and two RBIs and Byron Buxton smacked a two-run home run to lift the visiting Minnesota Twins to a 6-3 victory in 10 innings against the Chicago White Sox on Monday.

Minnesota won for the third time in four games while improving to 4-0 against the White Sox this season. The Twins blew the game open with a four-run 10th, as Kirilloff punctuated the rally with a two-run single, his second hit of the night.

Jhoan Duran worked around AJ Pollock’s run-scoring single in the 10th to preserve the victory. Emilio Pagan (3-3) navigated a walk in a scoreless ninth to get the win.

Joe Kelly (0-2) took the loss, allowing four runs, three earned, and two hits in two-thirds of an inning with two walks and one strikeout.

Chicago opened the scoring in the second, as Jose Abreu smacked an opposite-field solo home run into the right field bleachers.

With the blast, Abreu extended his hitting streak to nine games while ending an 18-game drought without a home run. Abreu and Seby Zavala each had two hits for Chicago.

Buxton’s two-run home run in the fifth put the Twins ahead 2-1 and marked the sixth straight game against Chicago in which he has homered.

Along with his offensive heroics, Buxton contributed a game-saving catch that led to a triple play in the Chicago seventh. With two on and none out, Pollock drilled a shot to the gap in right center field. Buxton snagged the ball near the warning track, then threw to the infield, where third baseman Gio Urshela retired Adam Engel and Yoan Moncada, who initially weren’t aware the ball was caught and hadn’t tagged up.

White Sox manager Tony La Russa was ejected in the top of the 10th inning for arguing balls and strikes.