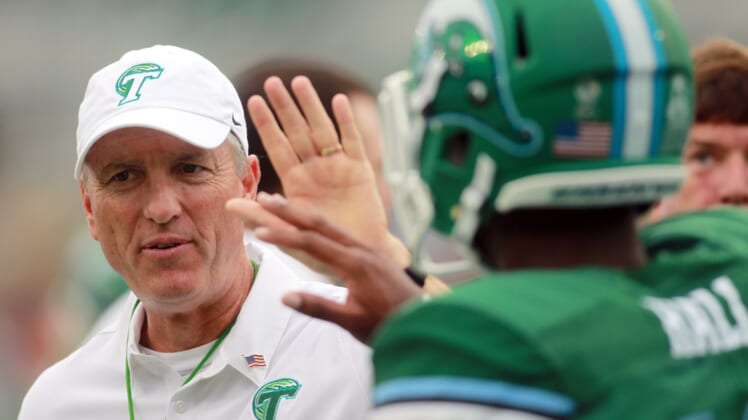 Either Tulane Green Wave safety Roderic Teamer Jr. had the best statistical game ever for a defensive player or ESPN made a hilarious mistake.

Tulane’s senior safety was credited with eight sacks in Thursday’s loss to the Wake Forest Demon Deacons. If true, it would be the NCAA record for most sacks in a single game by a player.

The ‘achievement’ would become even more incredible because Teamer Jr. finished the game with only four total tackles. Tulane’s own website only credits the team with one sack in the entire game.

Clearly, this is just an amusing error by ESPN. The fact that it remains up days after the game is over, makes it even more hilarious.

As long as it remains up, Teamer Jr. can always point to it and say he is an NCAA record holder.