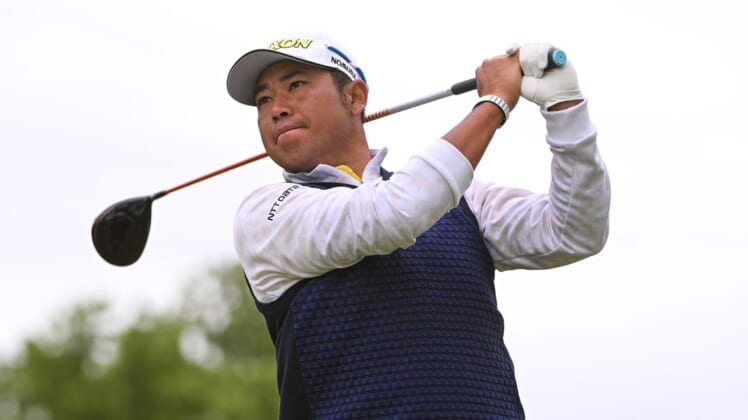 Hideki Matsuyama of Japan was disqualified for an equipment violation midway through Thursday’s opening round at The Memorial Tournament in Dublin, Ohio.

He was 3 over par through nine holes before being informed at the 10th tee of his violation of rule 4.1a, the use of a non-conforming club.

Hideki Matsuyama has been disqualified from @MemorialGolf for a non-conforming club (rule 4.1a). pic.twitter.com/7Z1HHH0LwG

Chief referee Steve Rintoul said a substance that looked like white paint had been applied to the surface of one of Matsuyama’s clubs.

“Those markings were placed there by his club guy to help with alignment,” Rintoul said. “Assistance with alignment by placing a small Sharpie mark on the face … is certainly allowed, but what was done there with that substance, which is very much like a Wite-Out substance we would use at home, was a coating that was not only in the grooves, but was very thick along the face … which renders the club non-conforming.”

Matsuyama, 30, won the first of his eight PGA Tour titles at the Memorial in 2014. At the 2021 Masters, he became the first Japanese golfer to win a men’s major championship.

He is currently ranked No. 12 in the Official World Golf Ranking.