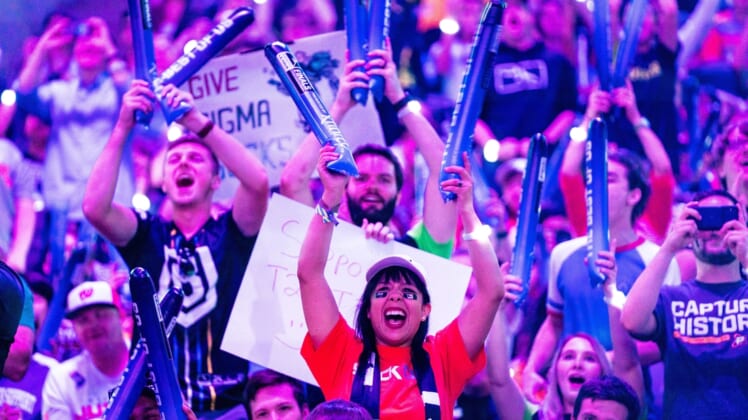 Heroic and Natus Vincere both pulled off sweeps Friday to remain unbeaten in Group D at the ESL Pro League Season 15 in Dusseldorf, Germany.

Natus Vincere and Complexity waged two close maps, but NaVi prevailed on Ancient 16-13 despite Complexity’s comeback bid from 12-3 down. The same pattern emerged on Dust II, with NaVi jumping in front 12-1 before holding on to win 16-14.

Valerii “b1t” Vakhovskiy of Ukraine led NaVi with 49 kills and a plus-12 differential, and he was followed by Denis “electroNic” Sharipov of Russia at 47 and plus-9. Justin “FaNg” Coakley of Canada and Ricky “floppy” Kemery of the U.S. each had 46 kills for Complexity. The former led the team with a plus-6 differential.

Astralis defeated AGO 16-13 on Mirage and 16-9 on Nuke. Benjamin “blameF” Bremer had 52 kills and a plus-22 K-D differential while Kristian “k0nfig” Wienecke posted 54 and plus-18 K-D differential for all-Danish Astralis. Lukasz “mwlky” Pachucki led AGO with 36 kills, but nobody on the all-Polish team finished in plus territory.

All matches are best-of-three until the best-of-five final on April 10. Ninjas in Pyjamas took Group A, going 4-1 in five matches, while FURIA Esports clinched the top spot in Group B. Movistar Riders claimed Group C, finishing 5-0.