Here’s how bad the Browns’ previous front office was 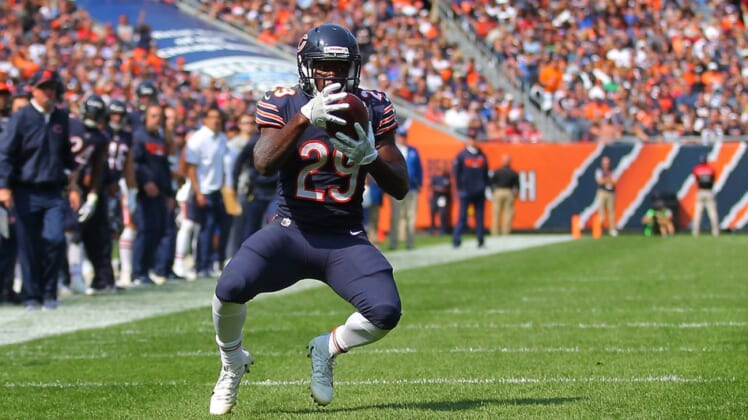 The Cleveland Browns made quick work of their previous front office late this past season, moving on from personnel head Sashi Brown after less than two full years in that role.

For a team that enters the 2018 offseason having won one of its past 32 games, this made all the sense in the world. Now take into account the odd foundation of said front office, and that’s magnified even further. Heck, new general manager John Dorsey took time to throw shade at his predecessors after being hired.

"Uh, no, his name did not come across my desk."

That’s just all sorts of crazy.

Tarik Cohen, a fourth-round pick of the Bears from North Carolina A&T last April, was among the most-dynamic players in all of football as a rookie. He recorded 728 total yards of offense, averaging 5.2 yards per touch. The smallish running back also added 855 special teams yards for a total of 1,583 all-purpose yards.

We fully understand that Cohen came from a small school. But that’s absolutely no reason for the Browns to seemingly forget about him as an NFL Draft prospect. Here’s a dude that was drafted within the top-120 picks.

What separates good organizations from those of the Browns is the ability to turn over every rock in order to find talent. This previous Browns front office didn’t even consider looking at one of the most-dynamic players from the 2017 NFL Draft class.