As we hit the midpoint of the college football season, the true Heisman Trophy candidates have emerged. The top 10-15 elite players around the nation have set themselves apart from the rest and are vying for the most coveted trophy in all college football.

As the pack separates from the field, it becomes like a horse race — players jockeying for position. Things are really heating up now as the race hits it’s longest stretch, the midpoint of the college football season.

Each week, we see presumed Heisman candidates who lay duds in pivotal games, or rise to the occasion and have a”Heisman Moment.” In this article, we look back on the Heisman winners and losers from week 8.

As a Heisman Trophy contender in his true sophomore season, Washington Huskies quarterback Jake Browning has Washington in a position the state hasn’t seen since the Huskies glorious National Championship run in 1992.

His stat line from Saturday’s 41-17 demolition of Oregon State was a modest 14-of-28 for 291 yards and three touchdowns. But it was Browning’s poise and command of the offense against an underrated Beaver defense that landed him on this list.

That said, his seasonal numbers are darn impressive, too.

Jake Browning: 26 TDs, 2 INTs, 68.6 completion rate for an undefeated team. And yet such low Heisman buzz. He's this year's McCaffrey.

This same poise and talent is what could push Washington deep into the college football playoffs. It could very well continue pushing Browning to an appearance in New York at the Heisman Trophy Ceremony. 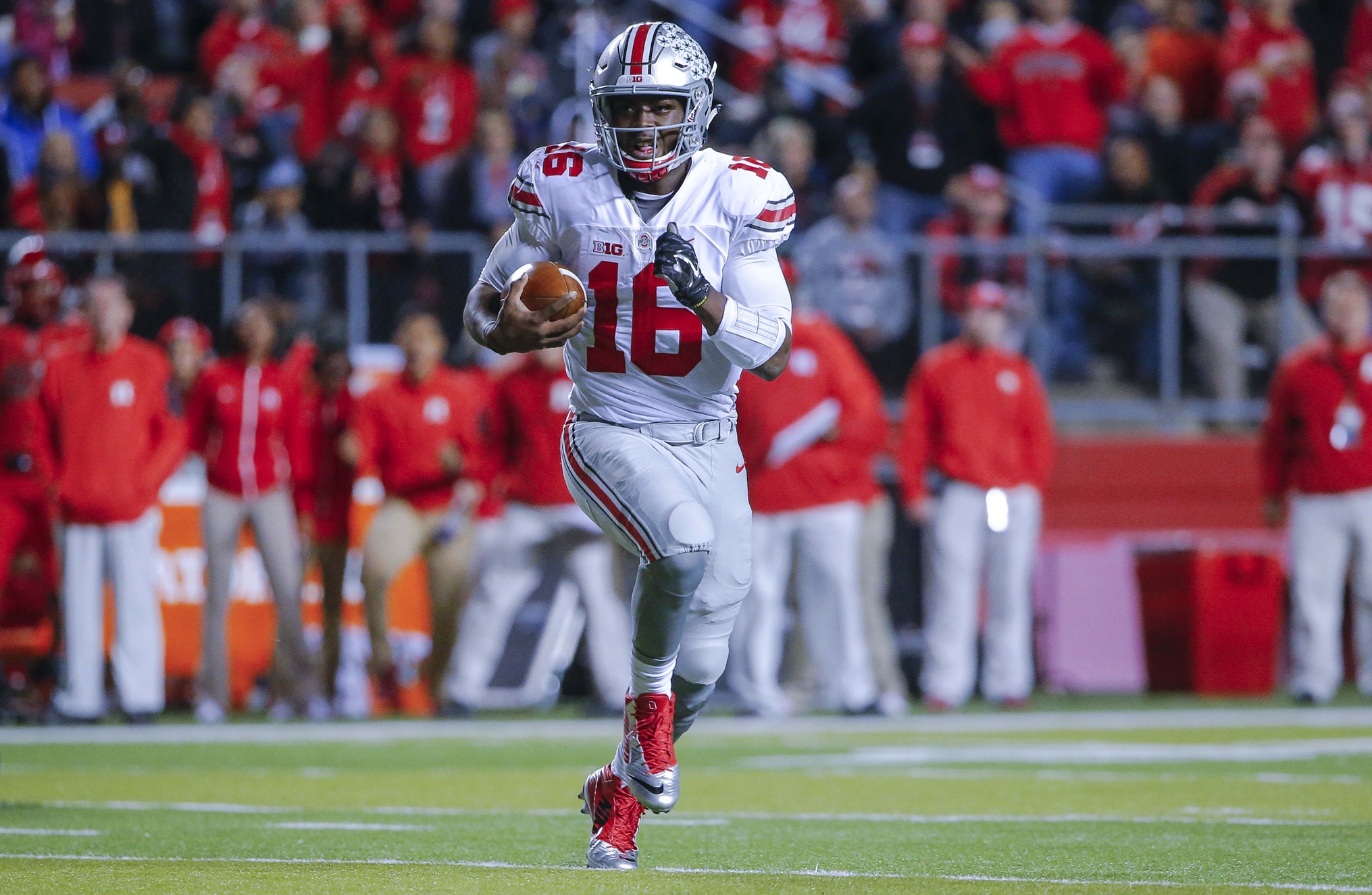 Often lauded for his decision making and ability to escape pressure, Barrett is also known for leading his team on key scoring drives. Unfortunately, he showed none of those traits on Saturday.

Barrett completed 28-of-43 attempts for a paltry 245 yards and a singular touchdown. He was also sacked more times in this game (six) than he had been the entire season (five). Barrett laid an egg against a Nittany Lion team that has been struggling to find an identity under head coach James Franklin.

Following this game, with quite a bit of help from the inefficient Barrett, it’s safe to say Penn State is finally finding its identity.

Texas Tech and Oklahoma offenses combined for over 1,700 yards of offense, breaking an NCAA record along the way. In the end, it was the Baker Mayfield-led Sooners who triumphed. He helped the Sooners beat the Red Raiders, 66-49 on an amazing night in  Lubbock, Texas.

Baker Mayfield threw for a team-record seven touchdowns on 27-of-36 passing for 545 yards, leading the Sooners on masterful drives all game.

Pat Mahomes set NCAA records in the contest (more on that here), but Baker Mayfield stepped onto the field with the poise and demeanor of the next great college quarterback. He surely stamped his mark on what is gearing up to be a very eventful Heisman Trophy race. 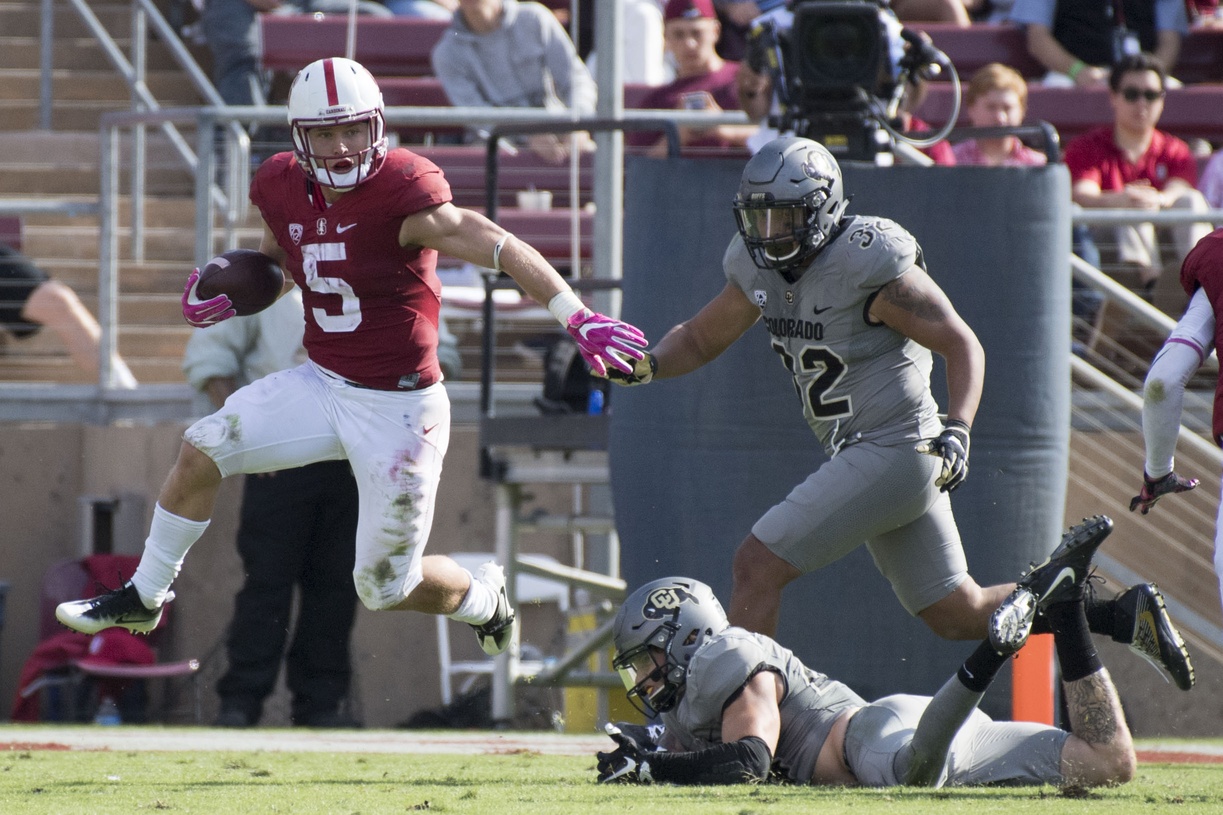 College football’s Golden Boy and the presumed Heisman front-runner entering the 2016 season, McCaffrey was expected to dominate the college rankes in 2016. He was coming off a sophomore campaign that saw him break Barry Sanders single-season all-purpose yardage record, finished second in the Heisman Trophy voting and nab every other honor one could think of.

Fast forward 8 weeks from the season opener and Stanford sits at a disappointing 4-3, coming off an abysmal home loss to the Colorado Buffaloes, 10-3.

He looks to be squarely outside the conversation of potential Heisman finalists.

After missing three straight weeks due to an ankle injury, Leonard Fournette returned with a vengeance against an Ole Miss Rebels team looking for a key SEC win. Rushing for a school record 284 yards on 16 carries with three touchdowns, he left us with multiple jaw-dropping moments that will have the nation buzzing for the rest of the season.

Fournette’s game can be summed up in one simple tweet.

My how the mighty have fallen. After leading the scrappy Cougars to a massive upset win over the Oklahoma Sooners, Houston has now lost two of its past three games to a tough Navy squad and a surprising SMU team.

Ward was held 100 yards below his season passing average with 241 yards on 33 attempts with two touchdowns Saturday. He was also held to three yards rushing on seventeen carries, thanks in large part to a relentless defensive effort by the Mustangs. SMU racked up seven sacks on the dual-threat quarterback.

A one-time Heisman dark horse candidate following the upset over then-number three Oklahoma Sooners, Ward has lost some of his magic flair for improvisation and the big plays that thrust him into the national spotlight last season. 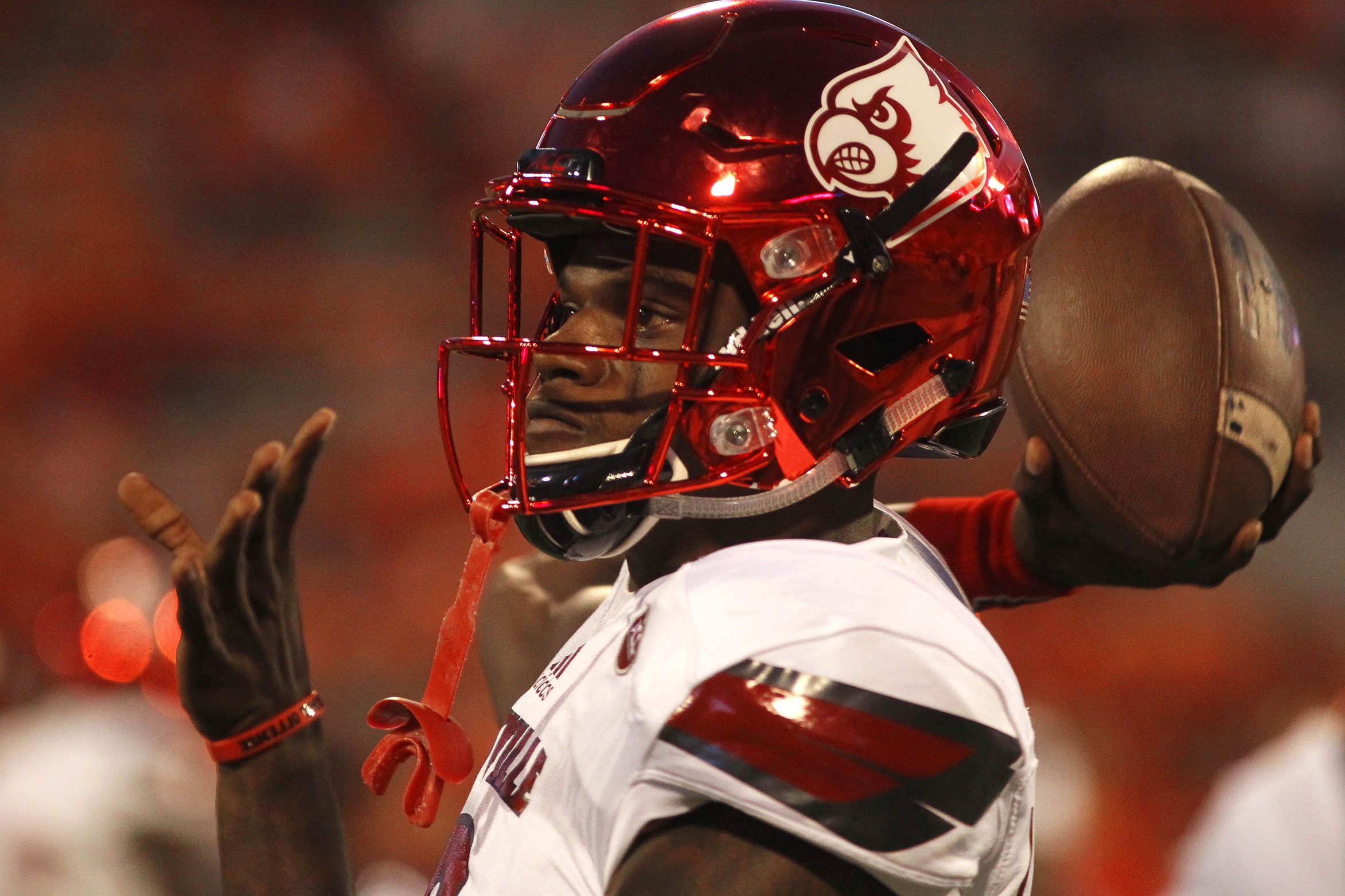 What is there left to say about the kid from Broward County that hasn’t already been said? College football legend Michael Vick said Jackson is five times better than he was, for crying out loud,

Lamar Jackson continually does things that seemingly defy the limits of the human body. He put up 431 total yards of offense in a 54-13 shellacking of a tough NC State Wolfpack squad that took Clemson to overtime.

At this point it seems there is no way Lamar Jackson doesn’t win the Heisman Trophy — barring injury of course (knock on wood).

The nation is seeing a once in a generation talent, and he still has a full year and a half before he is eligible to enter the NFL Draft. Cherish this.

You can’t argue a Heisman winners and losers list from week 8 without mentioning the record setting performance by Texas Tech Red Raider quarterback Patrick Mahomes in a losing effort.

Throwing 88 passes (NCAA record) for 734 yards(NCAA record) and seven touchdowns while racking up a total of 819 total yards of offense (NCAA record) is insane. These are numbers you’d normally see in a three-game stretch.

Mahomes did that in 30 minutes and 53 seconds of offensive possession. Despite the loss, those numbers alone keep Mahomes on the cusp of the Heisman Trophy ceremony. He will be a name to watch for multiple awards this offseason.