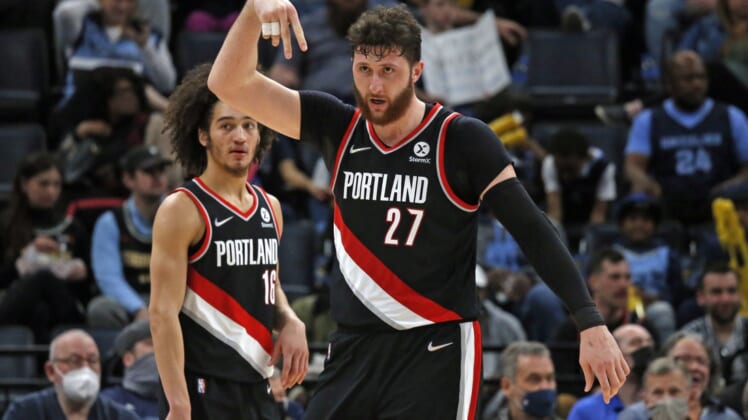 The incident occurred following the Blazers’ 129-98 loss to the Indiana Pacers on Sunday in Indianapolis.

Videos show Nurkic, who is currently sidelined with a foot injury, exchanging words courtside with a young man wearing a Pacers jersey.

Nurkic then grabs the fan’s phone, casually tosses it into the stands and stares the fan down before a security staffer steps between them.

Unconfirmed comments posted on the video suggested the fan had been heckling Nurkic throughout the game.