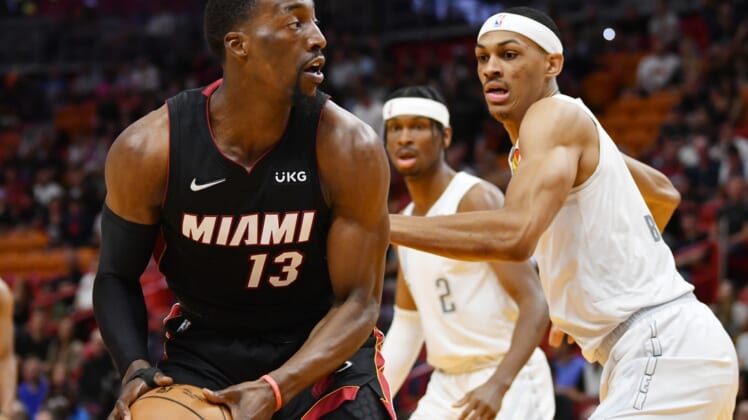 Tyler Herro scored 26 points as the Miami Heat rolled to a 120-108 victory over the visiting Oklahoma City Thunder on Friday night.

Miami, which led by 29 points in the third quarter before resting its starters, also got 19 points each from Bam Adebayo and Duncan Robinson. Adebayo added nine rebounds, and Robinson made 5 of 8 3-pointers.

Point guard Kyle Lowry scored 11 of his 16 points in the third quarter, which is when the Heat put the Thunder away.

The Heat, who lead the Eastern Conference with a 47-24 record, improved to 26-9 at home this season.

Oklahoma City tied its season high with its eighth straight loss. Despite the loss, the Thunder got 26 points from Shai Gilgeous-Alexander and 25 points from Tre Mann.

Gilgeous-Alexander, who is playing with a sore right ankle, made 9 of 17 shots. Mann, a Florida native, scored 20 points in a brilliant second quarter.

Miami was without leading scorer Jimmy Butler (right ankle), who has missed 23 games this season due to a variety of issues.

However, Heat reserve Caleb Martin returned after missing three games due to a knee injury. He scored 11 points in 27 minutes.

Miami, thanks to 11 points from Robinson, led 27-26 after the first quarter. Robinson made 4 of 6 shots, including 3 of 5 3-pointers. Gilgeous-Alexander kept Oklahoma City in the game with 10 points.

While the Thunder outscored the Heat 14-8 in the paint in the first quarter, Miami dominated that category in the second, 22-10. That helped the Heat build a 69-54 lead at halftime.

Miami withstood Mann’s hot-shooting second quarter — he made 8 of 11, including 4 of 6 on 3-pointers. Adebayo had 12 points on 5-for-5 shooting, and Herro scored 11 points, including 6-for-6 from the foul line.

In the third, the Heat used an 11-0 run to break the game open. Miami led 103-79 by the end of the quarter, and the Heat cruised from there.