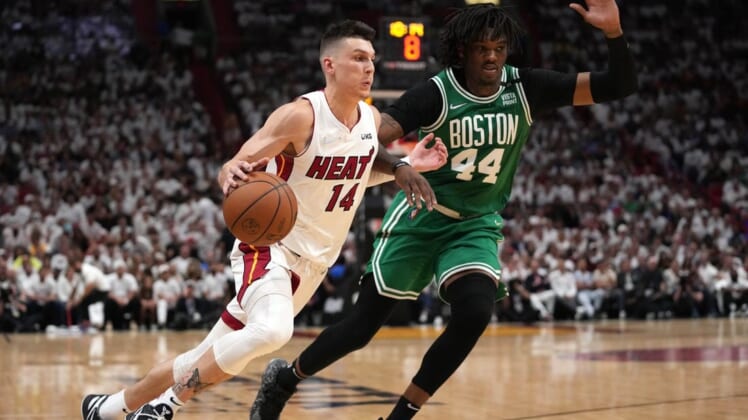 Miami Heat guard Tyler Herro has made swift progress with his left groin strain and coach Erik Spoelstra said the NBA Sixth Man of the Year is “available” to play against the Boston Celtics in Sunday night’s Game 7 of the Eastern Conference finals.

Herro missed the previous three games due to the injury. The Heat lost the first two of those contests before winning in Game 6 to tie the series.

“Right now, it’s all hands on deck,” Spoelstra told reporters about 100 minutes per tipoff. “He passed his testing with the trainers. He’s really been working diligently the last few days.