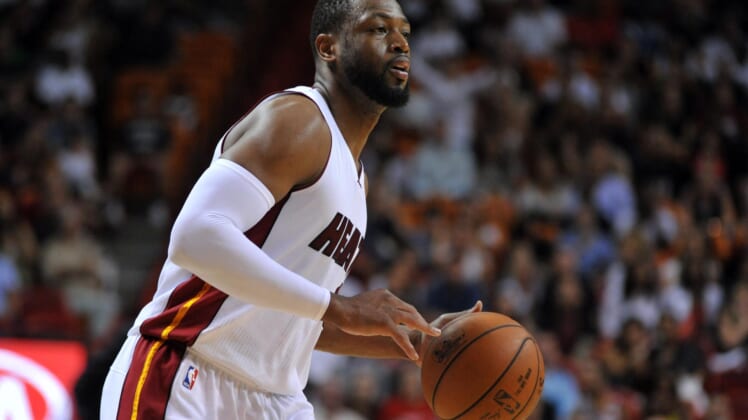 The link to replicas of Wade’s pink, black and powder blue No. 3 is now dead, bringing up the dreaded “404 Page Not Found” error.

According to ESPN’s Darren Rovell, the Heat received orders from more than 100 countries within 15 hours. He added that team merchandise sales are up 8,000 percent from the previous two days.

Wade played 13 seasons with the Heat, appearing in 12 All-Star games and winning three NBA championships. However, the swingman left for the Chicago Bulls before the 2016-17 season while seeking a payday he felt was deserved. Wade joined the Cleveland Cavaliers this year.

But he’s officially back, and Heat fans clearly are eager to wear his jersey again.