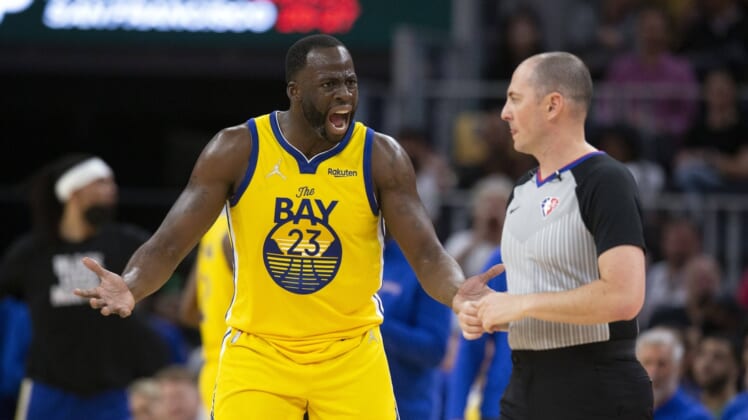 The Hawks and Golden State Warriors will try to improve their respective playoff positions when they meet on Friday in Atlanta.

The Hawks (36-37) hold the 10th spot in the Eastern Conference, one game behind the Charlotte Hornets and in play-in tournament position. Atlanta was soundly beaten 122-101 by the Detroit Pistons on Wednesday and dropped below the .500 mark again.

The Warriors (48-25) sit in the No. 3 spot in the Western Conference, two games behind the Memphis Grizzlies and 11 behind the first-place Phoenix Suns. Golden State broke a three-game losing streak on Wednesday by defeating the Miami Heat 118-104.

The Warriors will be playing the third leg of a five-game road swing with a depleted roster. Stephen Curry is out with a sprained left foot and Andre Iguodala is out with lower back tightness. Draymond Green, Otto Porter Jr. and Klay Thompson all rested on Wednesday.

“Just talking to the training staff and continuing the process of making sure our players who have been injured or who are recovering from injuries are getting the rest they need and not subjecting them to risk,” coach Steve Kerr said. “These decisions are based on process, not on the results of the previous night’s games.”

Collins’ absence has opened the door for first-round draft pick Jalen Johnson, who has bounced between the Hawks and the G League all season. Johnson got a chance to play significant minutes in the first quarter against Detroit and wound up with a season-high 11 points and seven rebounds in 24 minutes.

“I thought he earned some minutes,” coach Nate McMillan said. “What he did on the floor, I like what I saw from him at the 4 position. He was rebounding for us, which is something we desperately need.”

The Warriors reversed a recent trend by finishing with a strong fourth quarter against Miami. They led by a point going into the fourth quarter and outscored the Heat 37-24 to put it away.

Green had expressed his displeasure with the team’s effort after the previous game when he addressed the issue and challenged his teammates.

“I wouldn’t necessarily say it’s a concern, but that’s what happened,” he continued. “I don’t doubt we can fix it, but if we’re going to win games it’s got to be fixed.”