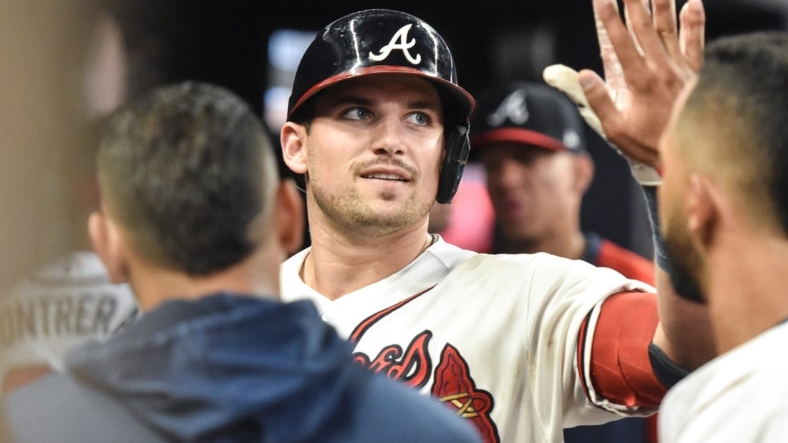 The host Atlanta Braves, who lead their season series with the Miami Marlins 11-4, will go for a three-game sweep of their weekend series Sunday.

Atlanta has outhomered Miami 26-11 this year, most recently a solo shot by Austin Riley on Saturday night in the Braves’ 2-1 walk-off win. The victory cut Atlanta’s deficit to just two games behind the New York Mets lead in the National League East.

Riley has homered in four straight games, matching his feat from July 2021. He has a career-high 35 homers this year.

The Braves are 17-8 this year when using Fried, who has 19 quality starts.

However, in 11 career starts against the Marlins, he is just 2-3 with a 5.40 ERA. Fried started to reverse that trend in his only start against them this year. On May 29 in Atlanta, he allowed just one run in six innings, striking out five.

Fried, 28, came of age last year when he led the majors with a 1.74 ERA for the second half of the season. He then followed that up with a gem in Game 6 to clinch the World Series for the Braves.

“I’m trying to continue what I did in the second half, which is throw strikes, keep us in games and do what I can to win,” Fried said.

Fried is helping the Braves overcome some injuries, including pitcher Jake Odorizzi, who was scratched from his scheduled start on Saturday due to arm fatigue. He could return next weekend.

The Braves are also hoping that second baseman Ozzie Albies (foot) and right-hander Mike Soroka (Achilles) can return soon. Both of them are on rehab assignments at Triple-A Gwinnett.

Meanwhile, the Marlins are expected to again be without infielder Jon Berti, who has a sore hip. Berti, who leads the majors with 32 steals, has missed two straight games and is not expected to play on Sunday.

The Marlins are hoping to get a big performance from Lopez, who is 3-6 with a 5.46 ERA in 13 career starts against the Braves.

Miami is 13-13 this year when starting Lopez, who took a no-decision when in his only start against the Braves this season. On Aug. 12, he allowed four hits, no walks and two runs in 5 2/3 innings.

Lopez, whose best pitch is a changeup, has made 10 quality starts this year.

Overall, Miami has lost six straight games, including Saturday’s defeat, which featured a walk-off walk by Atlanta’s Robbie Grossman in the bottom of the ninth.

“It’s always frustrating when you lose, especially when we hang in there all night and scratch for a run in the ninth,” Marlins manager Don Mattingly said.

The Marlins are hoping to get reliever Tanner Scott back on Sunday. He “tweaked his back,” according to Mattingly, and hasn’t pitched since Wednesday.

In addition, Mattingly said designated hitter Garrett Cooper was scratched on Saturday due to personal reasons. There was no word on whether he will return Sunday.