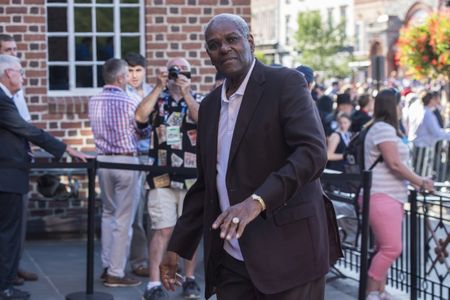 A nine-time Golden Glove Award winner, two-time World Series MVP and nine-time All-Star, Gibson spent his entire 17-year career in St. Louis before retiring in 1975 and was inducted into the Baseball Hall of Fame in 1981.

In his Hall of Fame induction ceremony speech, Gibson said he would want to be remembered as “a competitor that gave 100%” every time he took the field.

“Sometimes I wasn’t too good, but nobody could accuse me of cheating them out of what they paid to see,” said Gibson.

He famously threw 17 strikeouts in Game 1 of the 1968 World Series – the most ever for a World Series game – the same year he had a 1.12 ERA, the lowest in the modern era, becoming a legend of the storied St. Louis franchise.

His death prompted an outpouring of grief among fans including former Missouri Senator Claire McCaskill, who said on Twitter that Gibson inspired her “love affair” with the Cardinals.